This year’s Propstore Entertainment Memorabilia Live Auction features several items from Stanley Kubrick’s 1968 landmark science fiction epic 2001: A Space Odyssey. A staple in the top ten lists of film fans, it has been ranked by Time Out magazine as the best movie of all time. It is therefore easy to forget that, like many Kubrick films, it sharply divided audiences and critics alike at the time of its release. Whilst 2001 has since been re-evaluated, it begs the question as to why it originally attracted such opprobrium.

At the New York premiere of 2001, some 250 people walked out of the screening. Rock Hudson, one of many who made an early exit from the LA premier, was heard to mutter: “What is this bullshit? Will someone tell me what the hell this is about?”

It didn’t help that Kubrick had already been hailed as a cinematic genius, or that he had set a high bar on entertainment with earlier offerings such as Spartacus, Lolita and Dr Strangelove. The involvement of acclaimed author Arthur C. Clarke in co-writing the 2001 screenplay only served to heighten audience expectations.

The main criticism levelled against the film was its slow pacing and apparent emphasis of cinematography over narrative exposition. In the original 161-minute cut of the film – it was trimmed by 17 minutes after the premiere – the first semblance of suspense arises only at its halfway point.

Although the film had its supporters, many prominent critics decried what they perceived to be Kubrick’s pretentiousness and self-indulgence. Pauline Kael accused him of “doing every dumb thing he wanted to do, building enormous science fiction sets and equipment, never even bothering to figure out what he was going to do with them”.

So how has a film that was criticised at the time of its release now come to be regarded as a classic? Like Moon-Watcher, the bone-wielding ape-man who features in the film’s opening sequences, the opinions of cinephiles have evolved over time. 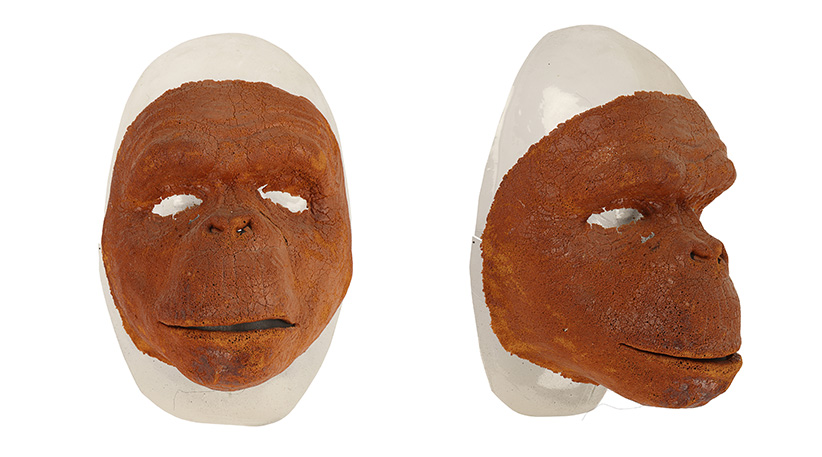 In Pursuit of Perfection

The growing acclaim for 2001 that has taken place over the years owes much to its extraordinary realism. Kubrick hired a plethora of experts in astrophysics, design and engineering to predict the future. He oversaw every aspect of the production, from concept to execution. Whether he was assessing the screen dimensions of the “picturephone”, the intonation of HAL-9000’s voice or the flight attendants’ costume design (padded hats would prevent zero-gravity bumps to the head), no detail was too small.

Kubrick employed a coterie of model makers to build highly intricate miniatures of various spacecraft (one of which, a Discovery Pod, is featured at our auction). And to fully realise his vision – in particular, the appearance of weightlessness – he used ground-breaking photographic techniques that still influence modern special effects today. The result was an avant-garde science fiction film whose veracity was giant leaps ahead of others in the same genre.

The longevity of the film is also explained by the sheer scale of its ambition. Kubrick addressed grand themes of evolution, the cosmos and the limits of the human mind. It takes chutzpah to not only predict the future but also to date-stamp it. In doing so, he created for himself several hostages to fortune. Some predictions, such as luxury space travel, have not yet materialised. But others, such as the international space station, have proven to be remarkably prescient. 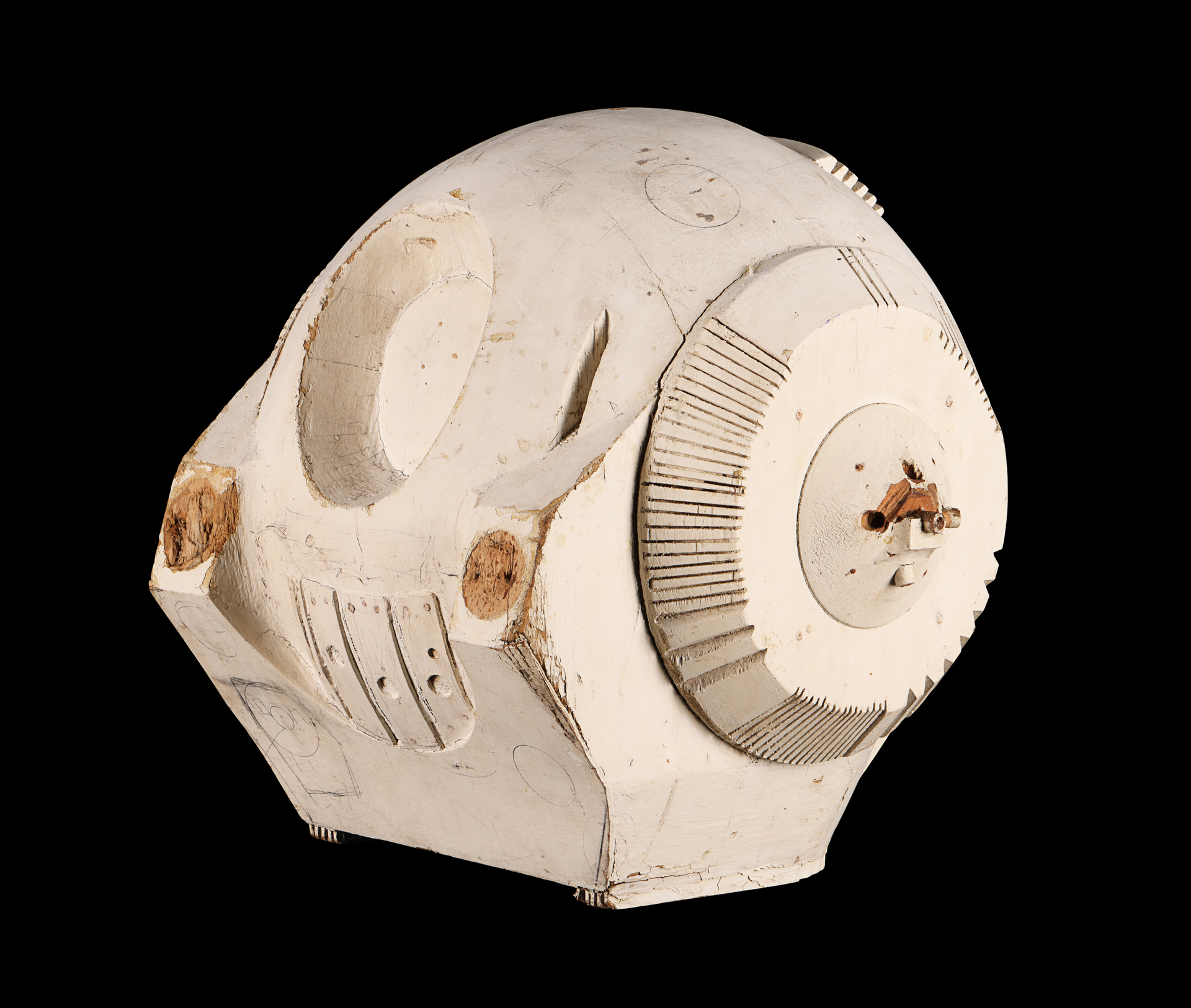 “What Is Its Purpose? I Wish We Knew”

Kubrick’s abstract approach to filmmaking was heavily influenced by Ingmar Bergman, Federico Fellini and Vittorio De Sica. He described them as the only filmmakers in the world “who are not just artistic opportunists”. In a letter that he wrote to Bergman in 1960, Kubrick praised his “creation of mood and atmosphere, the subtlety of performance, the avoidance of the obvious”. It is therefore no surprise that 2001, like many Kubrick films, is characterised by multi-layered symbolism, sparsity of dialogue and an emphasis on the aesthetic.

Debate remains about the film’s enigmatic meaning. Is the ending a pessimistic account of our future, or does it allude to evolutionary progression and hope for mankind? Kubrick felt that to explain the meaning of 2001 would shackle audiences to a reality other than their own. He preferred to let viewers draw their own conclusions. In a 1968 interview with Playboy, he asked whether the Mona Lisa would be lauded if Da Vinci had written at the bottom of the canvas: “This lady is smiling slightly because she has rotten teeth”. 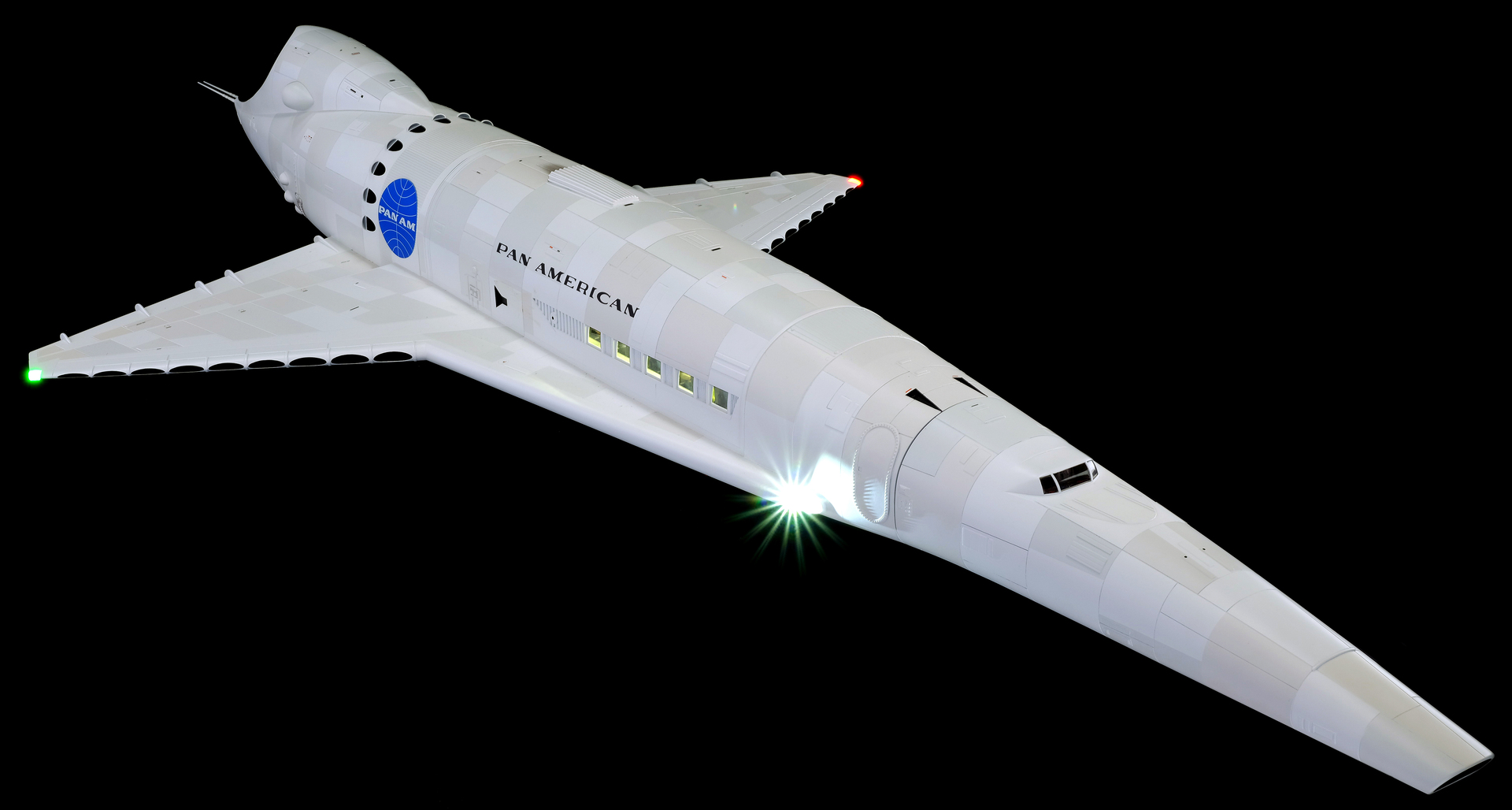 2001 has now taken its place in our cultural lexicon. Its musical motifs, the Blue Danube Waltz and Also Sprach Zarathustra, have become synonymous with the film, and its huge influence is cited by the likes of Steven Spielberg and James Cameron. Cameron recently stated that whilst he doesn’t like the film because of its emotional sterility, he loves the film as a work of art.

Kubrick’s 1980 psychological horror film The Shining has undergone a similar reappraisal. In a scathing Chicago Tribune review that was typical of the prevailing zeitgeist, Gene Siskel accused Kubrick of favouring form over substance, complaining that the film “contains virtually no thrills”.

Over subsequent years there were several mea culpae from film critics. In Peter Bracke’s view, The Shining “has risen from the ashes of its own bad press to redefine itself not only as a seminal work of the genre, but perhaps the most stately, artful horror ever made”.

Filmmakers, and artists generally, are often pressured to temper their creative ambition with an understanding of commercial reality. It is a pop world, after all, and Rocky will always be more popular than Raging Bull. But in an age where cinemagoers are frequently spoon-fed moral messages, Kubrick’s beautifully crafted ambiguity stands out, a reflection of his determination not to patronise his audience.

Perhaps, in this sense, we are the Moon-Watchers and Kubrick is the Monolith – urging us towards a higher purpose, and challenging us to ask questions of ourselves. 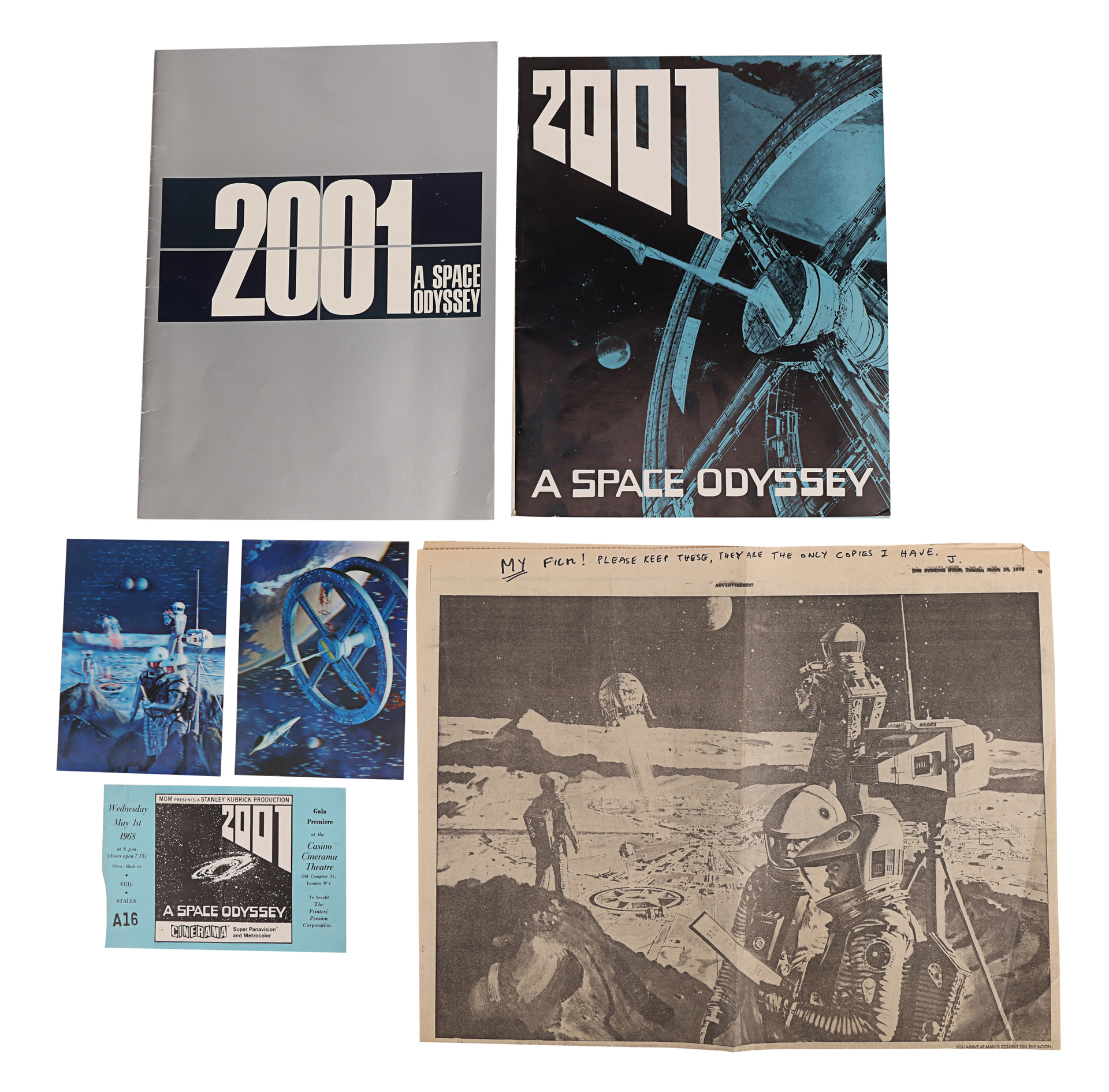 Handcrafted from wood, the Discovery pod concept model provided the basis for miniature models and the full-sized pod used during the shoot. A production still shows features Kubrick next to this pod in the film’s art department. The model features hand-drawn pencil markings indicating the positioning of the lights and final detailing for the onscreen craft. This piece had spent over 50 years sitting atop a fridge freezer in the kitchen of one of the film’s sound engineers, gathering grease and dust. It was carefully cleaned by industry professionals, whereupon the original production pencil marks on the model became visible. Very few such models exist as most were destroyed after the film wrapped. As such, it is a rare piece of film history.

Share
Related Articles
24.07.2020  |  Collections
NOSTROMO: A Legend Born, And Born Again l Entertainment Memorabilia Live Auction – Los Angeles 2020
The cover piece for our first ever Los Angeles-based Entertainment Memorabilia Live Auction is the 11-foot long filming miniature of the Nostromo from Ridley Scott’s horror classic, Alien. This artifact has been a part of Propstore’s company collection for over a decade, but wasn’t always in the camera-ready shape you see it in now. Read […]
18.08.2017  |  Auctions
Propstore Live Auction 2017 Presents… Movie Artwork
Welcome to the week three of our Preview Blogs for the upcoming Propstore 2017 Live Auction.  Today’s theme is Movie Artwork. From conceptual sketches to full paintings, let’s take a look at some of our favourite pieces coming up in this year’s auction…
05.08.2016  |  Auctions
Propstore Live Auction 2016 Presents… Batman
Welcome to another exclusive preview from the Propstore Live Auction 2016! During August and September, we will be posting Blog updates twice-weekly to whet your appetite with some of the amazing original memorabilia that will be coming up for sale in the auction…
15.12.2015  |  Behind the Scenes
John Dykstra: Intergalactic Man Of Magic Part 1
Written by the Propstore team “Any sufficiently advanced technology is indistinguishable from magic.” While Arthur C. Clarke’s third principle of scientific prediction is most often applied to science fiction storytelling, it could just as easily be used to describe the age of enlightenment that began in cinematic visual effects in the late 1970s thanks to a […]
Sign up to be in the know