Welcome to our continuing series of collections blogs as Prop Store’s team digs into the archives and unearths some amazing items. We talk about the film, explore the history of the prop or costume and explain why we love it so much. This time? A suit belonging to one of the most beloved characters in sci-fi during a quick jaunt outside…

It is difficult to describe the lasting cultural impact of the original Star Trek television series. Very little today in the world of science fiction would be the same without it. One could easily argue that it is the most important sci-fi show of all time, but it wasn’t always held in such regard, and ended up cancelled unceremoniously after three seasons in the 1960s. But after the show’s embrace by a fervent fan base, Paramount had a dilemma: with the show an incredible success in syndication, the execs there wanted to continue the franchise. Initially, it was to be a follow-up TV series entitled Phase II. Production on that got as far as completed scripts and even costume fabrication, but once Star Wars and Close Encounters became huge hits in 1977 it was decided that a movie was the best way to… well… boldly go.

The entire Star Trek universe was redesigned and modernized, the legendary starship Enterprise updated, out went the iconic tunics of the crew and colours in general were completely toned down. The bridge and captain’s chair were redone and the music changed. Captain James T. Kirk had been promoted to Admiral in the intervening years and he and some of his trusted crew had, if we’re honest, gained a few pounds. Robert Fletcher was the new costume designer for the movie and his priority was to bring together the ideas of director Robert Wise and the production designer Rick Sternbach. 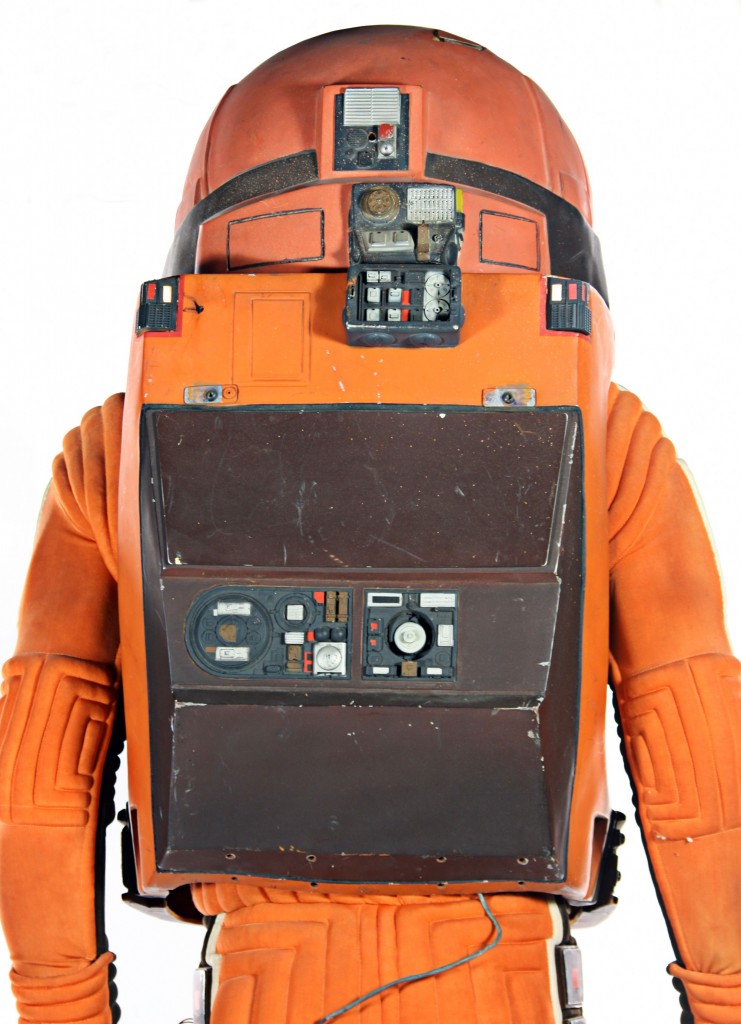 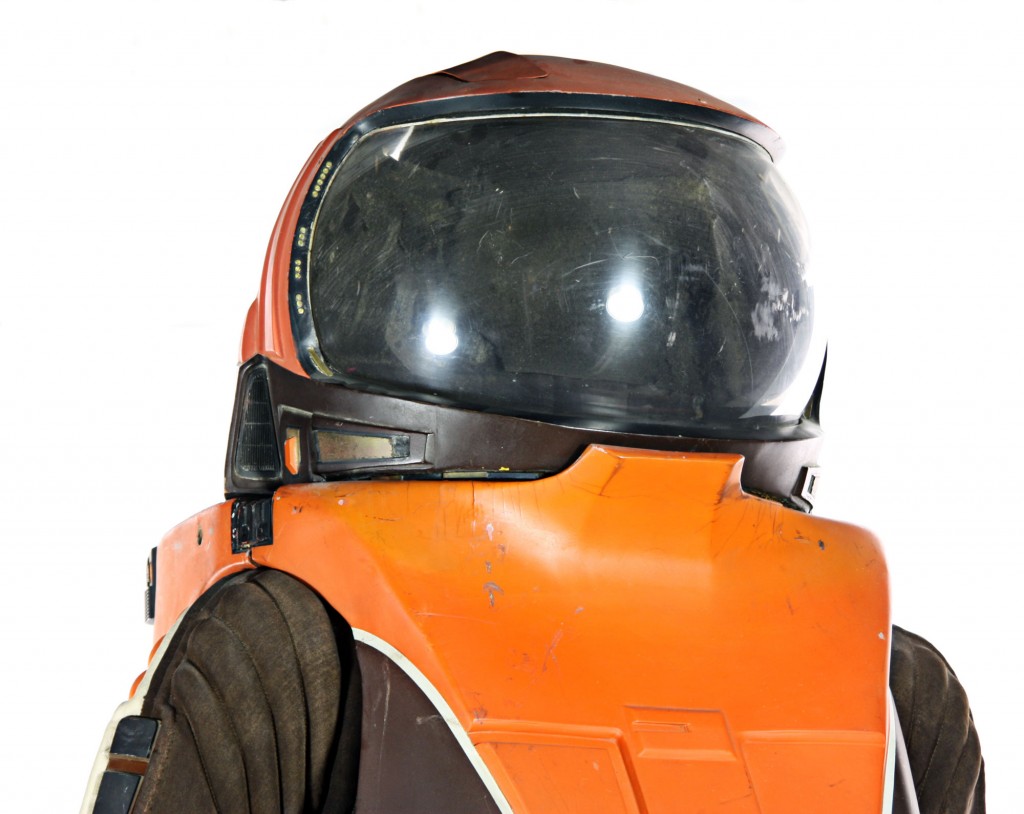 This is the spacesuit worn by Leonard Nimoy as Spock, and it can be seen when Spock leaves the Enterprise to mind meld with the V’ger probe. Nimoy’s face was actually superimposed over the visor as the reflections proved troublesome, an effect that was most convincing at the time. The costume is labelled internally for Nimoy and is in excellent condition, displayed on a Starfleet logo base with the required power supply built in. The chest section is made from a hard rubber and the light up helmet is fibreglass. It is a striking example of 70’s design and makes a spectacular display piece.

Next post
Seventh Son Auction – To Arms: Dressing the Armor of a Kingdom