Star Trek wouldn’t be Star Trek without Klingons. The favorite antagonist species of fans and writers alike, these war-loving, bat’leth-swinging folks were, from The Original Series onwards, as important to the show and movie series as the Soviet Union was to the Cold War. (Indeed, right up to Star Trek VI: The Undiscovered Country, they were very deliberately the USSR’s analogous equivalent in the Trek universe.)

As Star Trek evolved, so too did the Klingons. For their initial incarnation in 1967 episode “Errand of Mercy,” they simply looked like swarthy humans with drooping mustaches, decked in black and bronze-color uniforms. It was not until Trek returned on the big screen with The Motion Picture in 1979 that they were given ridged foreheads and metallic breastplates and armor that made them more reminiscent of medieval warriors. This was an iconic look which carried through the original crew movies right into the future seen in Star Trek: The Next Generation (by which time the Klingons were problematic allies) and its spin-offs. Right up until former Hannibal showrunner Bryan Fuller took the reins of an all-new Trek in 2017.

Though Fuller was only involved with Star Trek: Discovery for a short time (he left during production of the first season to focus on other projects), he left his imprint on the Klingons.

“One of the things he really, really wanted to do was shake up the design of the Klingons,” said producer Aaron Harberts at an event in August 2017. “One of the first things he ever pitched to us was his aesthetic for the Klingons and how important it was that they not be the thugs of the universe. That they be sexy and vital and different from what had come before.” 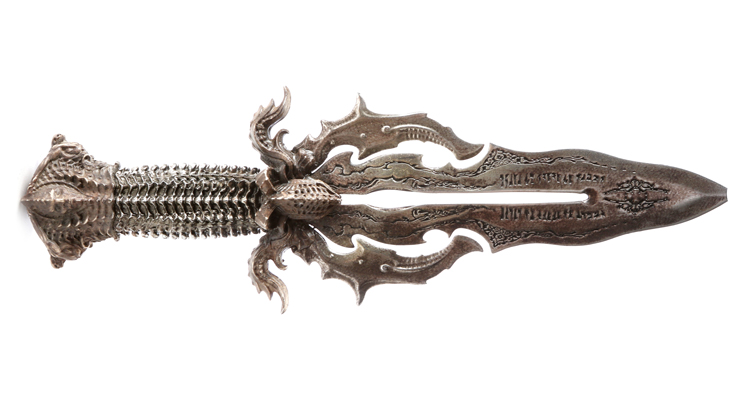 The Klingons’ new upgrades affected everything from their appearance, to their biology, to their ship design, to their costumes. “The biggest thing we did was we removed the hair,” lead creature designer Neville Page said on After Trek in 2017, allowing the make-up team to reveal “detail on the back of the head and the cool stuff underneath.”

The Klingons of Discovery are certainly less human-like than their predecessors. The species was now envisioned as more of a “cross between reptilian and avian,” as make-up effects designer Glen Hetrick put it, with elongated skulls and quadruple nostrils added to their distinctive facial ridging.

One of the crucial crew members in bringing this renewed vision to life was costume designer Gersha Phillips, who took over from Suttirat Anne Larlarb early in the show’s development and was responsible for perhaps the most striking change in the Klingons’ style and appearance, as the various costume lots in Prop Store’s upcoming Discovery S1 & 2 auction reveal. 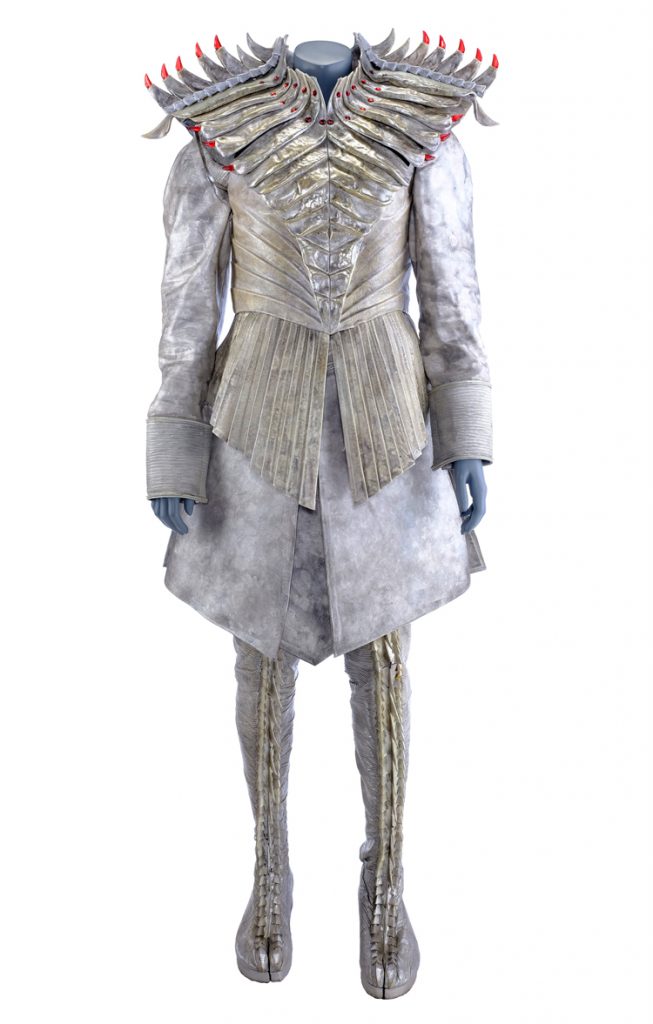 “The mandate was to make them less humanoid,” she told CBSWatch magazine, “and because Klingons have two of everything – two hearts, double organs – you need a bigger body aesthetic.” In short, she joked, Fuller asked her to “go boldly where no one’s gone before.”

Interestingly, her work – combined with Fuller’s vision of the Klingons – was also in a sense more human than what went before. Previously, as is the tendency with any sci-fi portrayal of an alien race, the Klingons had appeared as a monocultural society. They all had the same skin color, they all shared the same values, and they all wore the same (or at least similar) black-and-metallic armor. But Discovery, which is set at the outbreak of the Federation-Klingon war around a decade before the events of The Original Series, changed all that, depicting the Klingons as divided into 24 culturally distinct houses, each with their own styles and agendas.

“The empire is very big,” explained Neville Page. “They don’t all grow up on [Klingon home world] Kronos. They don’t all live on the same planets, and certainly those different planets would have different environments. So how would the cultures have evolved differently? We tried to come up with cultural axioms for each house so each looks different and they bear a cultural patina like our cultures do here on Earth.”

The Klingon house most prominently featured in Discovery’s first season is the house of T’Kuvma, led by the fierce traditionalist T’Kuvma (Chris Obi), who was zealously followed by Voq (Shazad Latif) and L’Rell (Mary Chieffo) – all of whom believed in conquest and the destruction of the United Federation of Planets. 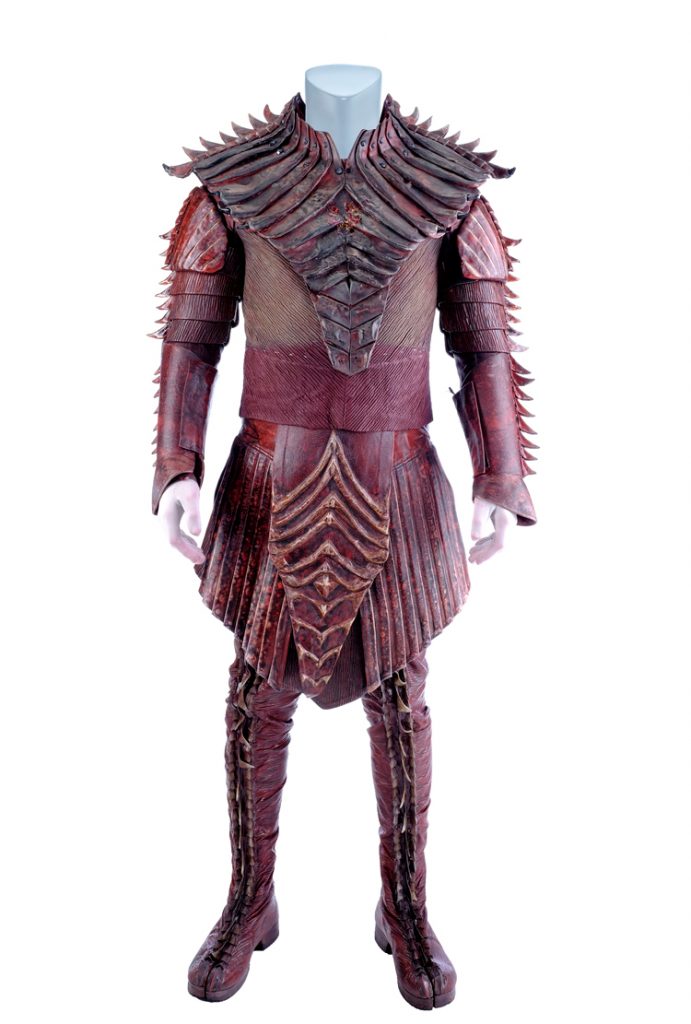 Fuller expressed a preference for samurai styles to his department heads, but Phillips embraced a look that was closer to the Spanish and Portuguese Conquistadors of the 15th Century, with heavy, wedge-shaped breastplates. She also layered on a lot of fine detailing, too, exemplifying T’Kuvma’s militaristic bent through the prominence of elaborate spikes – even giving the striking red gems on L’Rell’s eye-catching all-white hero ensemble a nasty, sharp edge. There are also organic elements to these costumes, too, such as their spine-like ridges and scale-like elements, which is rooted in respect for H.R. Giger, the Swiss artist who famously designed the look of extra-terrestrial creature in Ridley Scott’s Alien. 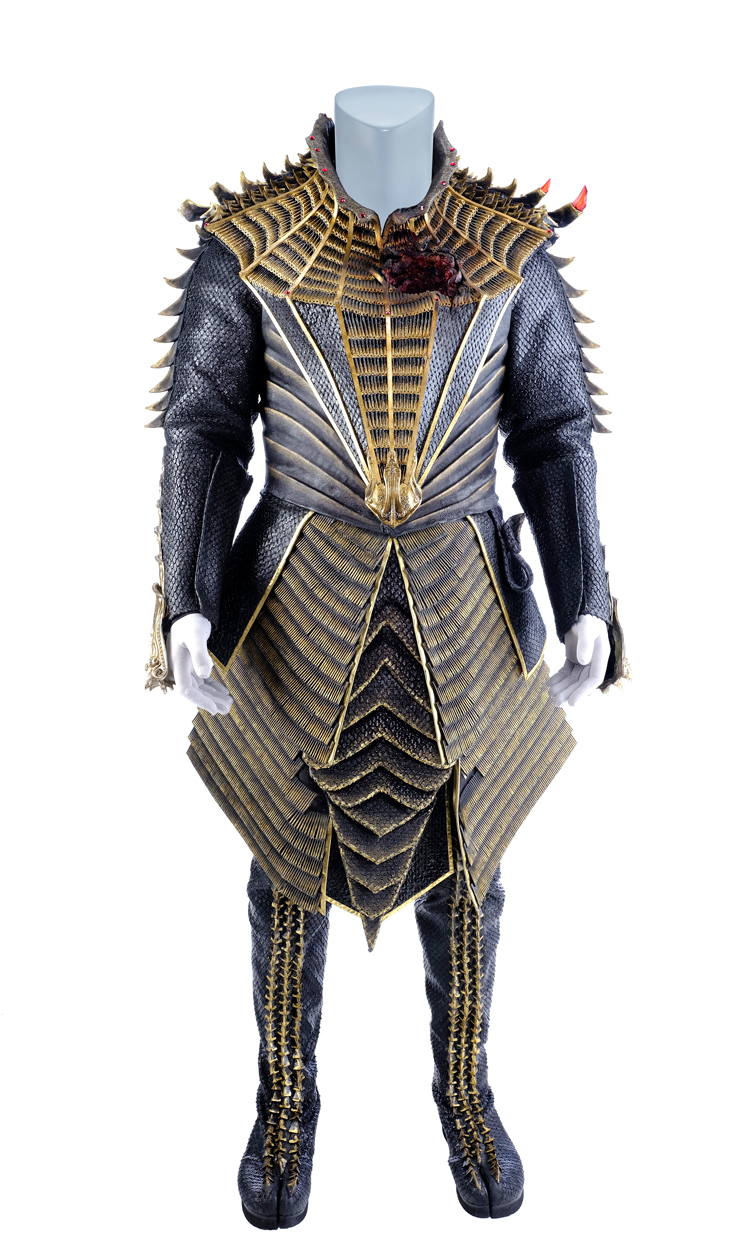 In the first season we also meet the house of Kor, led by Kol (Kenneth Mitchell). While their armor is no less impressive than that of their foes in T’Kuvma, it is intentionally less baroque, not quite so bling-festooned. Kor are “a little bit more… Savage is the wrong word, but they are a little less refined,” explained Phillips. In contrast, she gave Dennas (Clare McConnell) of the house of D’Ghor elaborate facial jewelry; impressive, albeit not entirely practical.

There is no denying the aesthetic boldness of these new-look Klingons, not least in the quality and detail of Phillips’ work on the costumes. No longer could these alpha antagonists be written off as one-note bad guys. They were now a fully fleshed-out culture: diverse, distinct and pretty damn cool.

Don’t forget to follow us on Twitter and Facebook and follow all the exciting auction news by also following the hashtag #StarTrekAuction. And remember, you can explore so much more at our archive and see the extensive range of film and TV items we have for sale and auction over at propstore.com!

Next post
How To Bid | Star Trek: Discovery Online Auction