The Cullen family was not formed by blood, but by bond. Having lived through countless lifetimes, Carlisle and Esme Cullen have created a strong family unit in their tasteful Forks home and have given their “family” every chance they could to survive and be happy while keeping their secret safe. Take a look at some of the Cullen family’s standout lots in The Twilight Saga Auction… 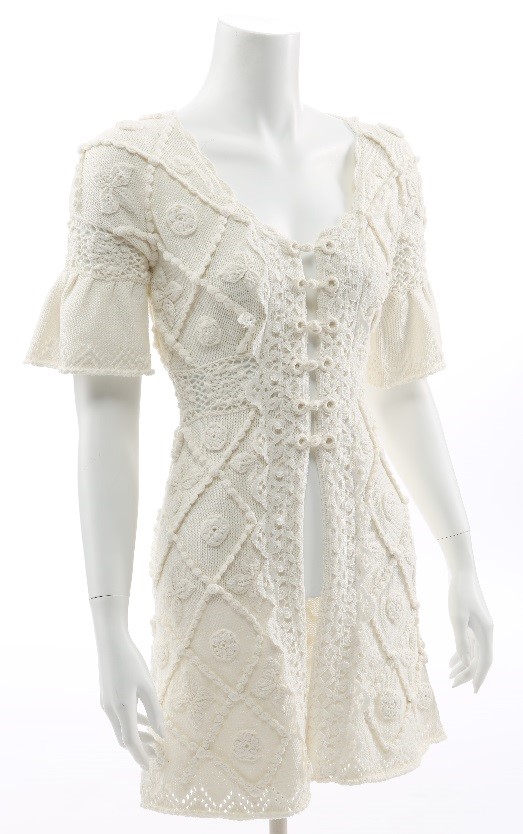 No fan of The Twilight Saga can forget the moment when Bella first sees the Cullens in the Forks High School cafeteria. Clad in white and grey, the Cullens are as visually in sync as their personalities are, with their individual styles well represented, even within a limited colour pallet. From Alice’s argyle sweater to Rosalie’s herringbone blazer and knit scarf, these iconic lots are sure to make any fan of The Twilight Saga happy. 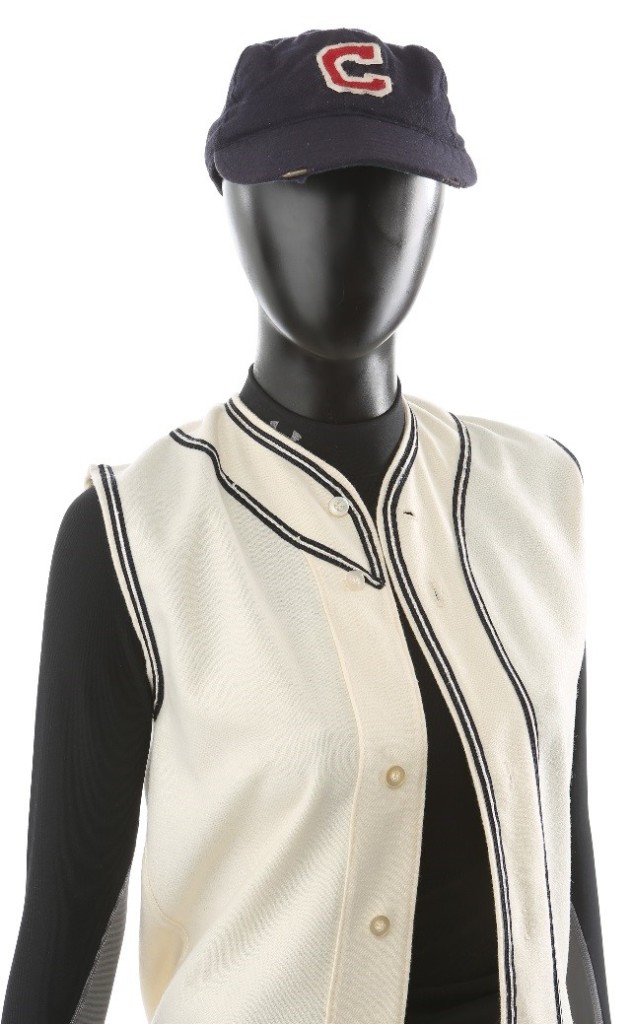 On the rare occasion that the Cullen family gets to enjoy a game of baseball, they see no other choice but to do it in style. Alice Cullen’s sporty baseball costume is no exception to this rule. Rocking a baseball vest, hat, pants, socks, and a pair of tennis shoes, Alice is hard to miss, lobbing strike after strike on the pitcher’s mound. All pieces of the costume, except the socks, are labelled ‘TW.’ 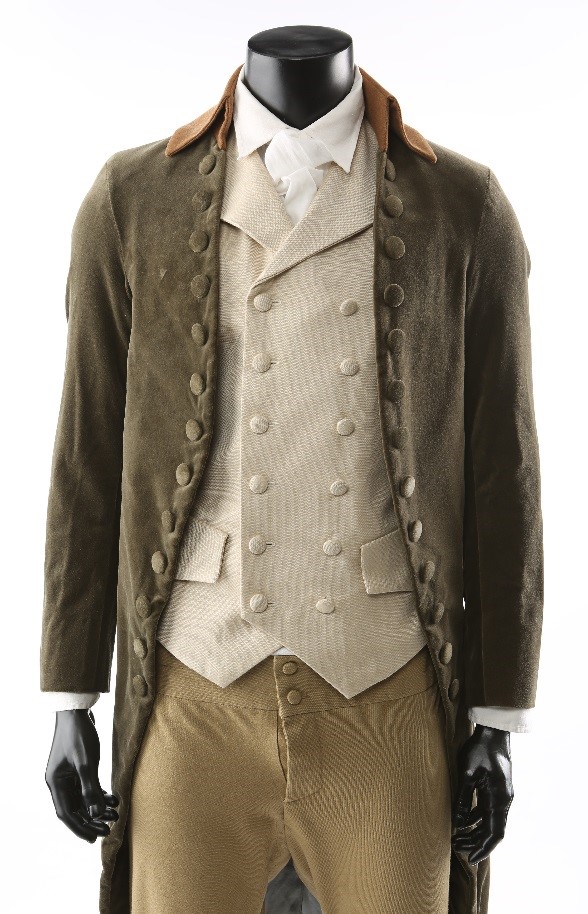 Taking a break from the Cullens’ usual modern taste, this costume was worn by Carlisle in the 18th century style, when meeting with the Volturi council. The costume’s green velvet coat is custom-made for the film, and is accompanied by britches, a waistcoat, a collared shirt, leggings and a pair of shoes. The coat, waistcoat, britches and shoes are all marked ‘NM,’ while the leggings are labelled ‘Carlisle.’ 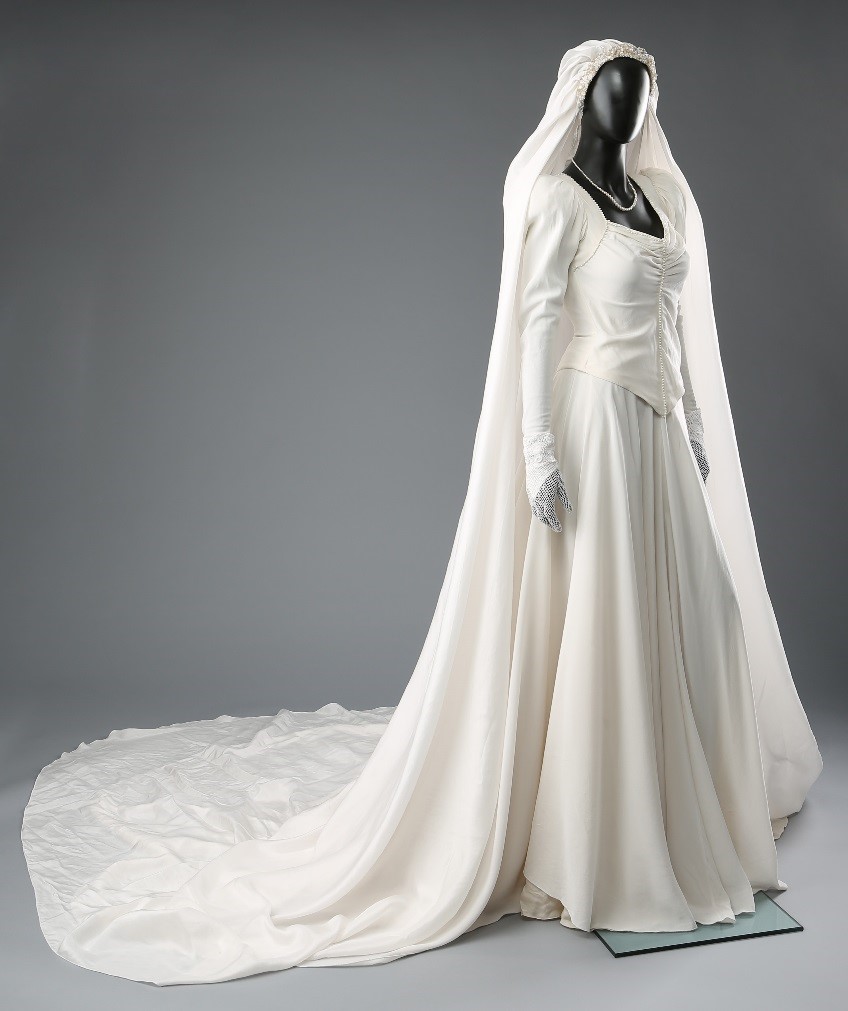 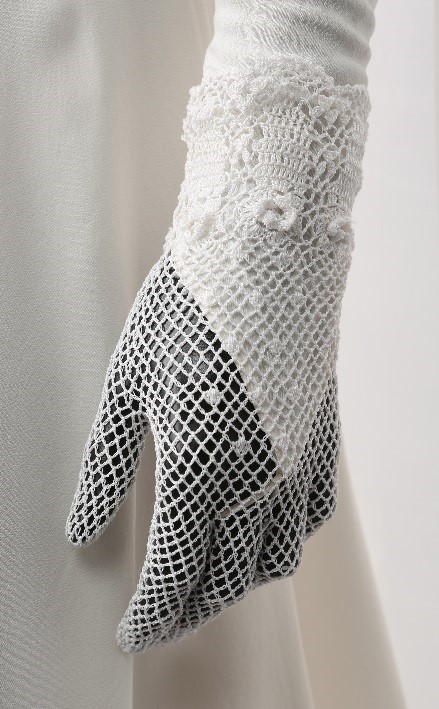 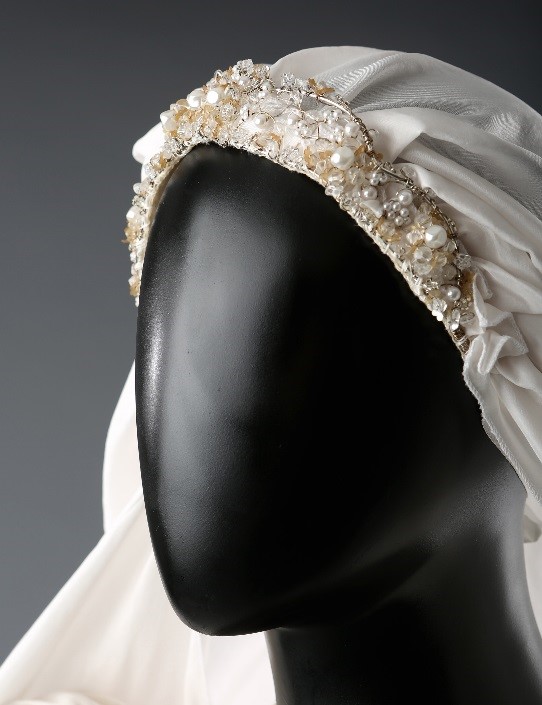 When Bella is given a rare glimpse behind Rosalie’s steely façade, the ensuing flashback shows Rosalie’s transformation into a vampire in the 1930’s. Set to marry Royce King, the young Rosalie is beaten and left for dead by King and his friends. This is when she is turned into a vampire and begins taking her revenge. Saving the best for last, Rosalie confronts Royce dressed in the wedding gown she was meant to wear when walking down the aisle. The custom-made dress consists of several layers and includes a veil, tiara, gloves, and a faux pearl necklace.

Leaving room for the bride and staying away from anything white, the Cullen women are dressed to impress on Bella and Edward’s big day. While Alice wears a flapper-inspired short pink dress, Esme and Rosalie both opt for full-length wrap gowns, all in generally muted, pastel colours. With jewellery pieces included in all three lots, it is easy to see why the Cullen women are often admired for their elegance and beauty.

These lots and many more are on offer in Prop Store’s The Twilight Saga Auction, being held on November 19th and 20th at the TCL Chinese Theatres in Hollywood, CA. Register Now to bid online or over the phone and check back soon for another look at some exciting pieces from the auction!