With bidding in the Everest Auction now well underway, take a closer look at some of our favourite prop lots that are currently up for auction…

In partnership with Walden Media, Prop Store’s Everest Auction includes an exclusive collection of over 230 original props and costumes used in the making of the biopic adventure movie Everest (2015) – including the Base Camp ‘Returned’ Board and  Doug Hansen’s (John Hawkes) ‘Sunrise Elementary’ Summit Flag.

There’s just over a week left in the auction, so take a look at some of our favourite prop lots below and get your bids in before it’s too late… 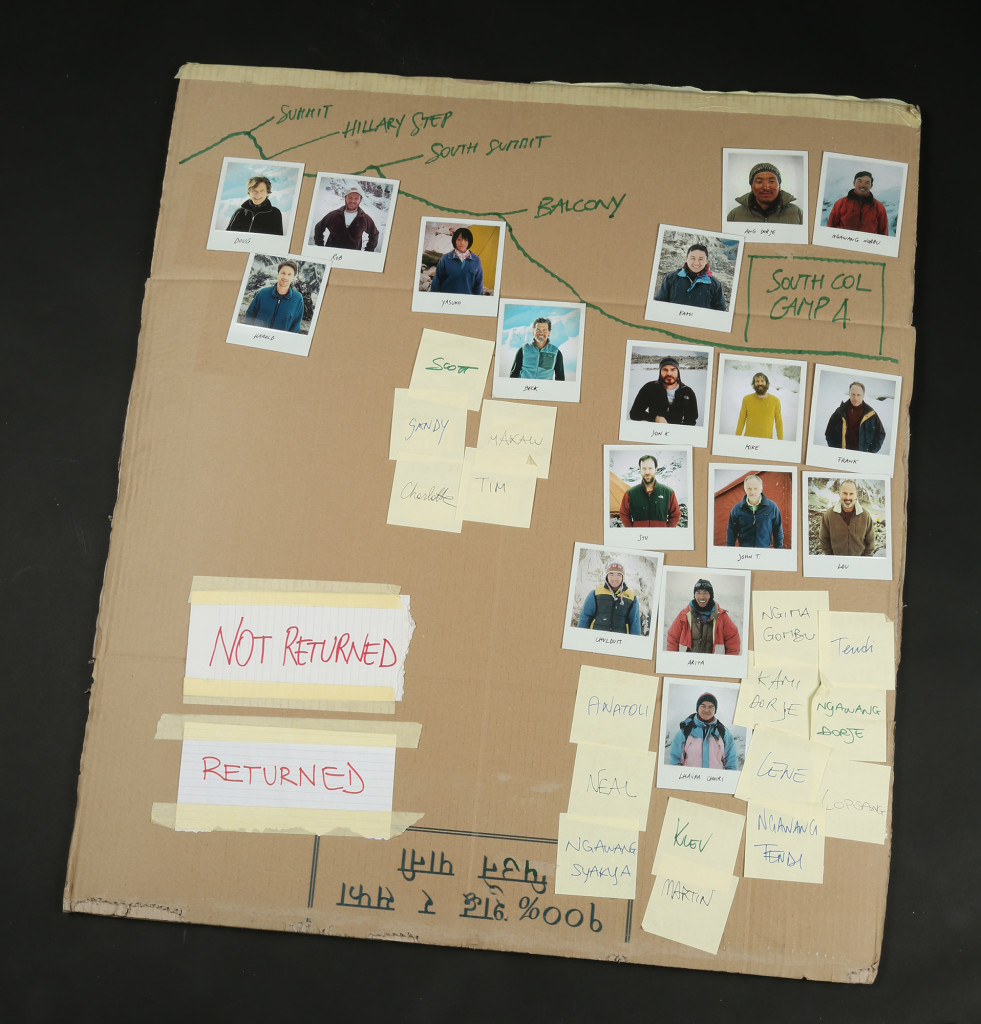 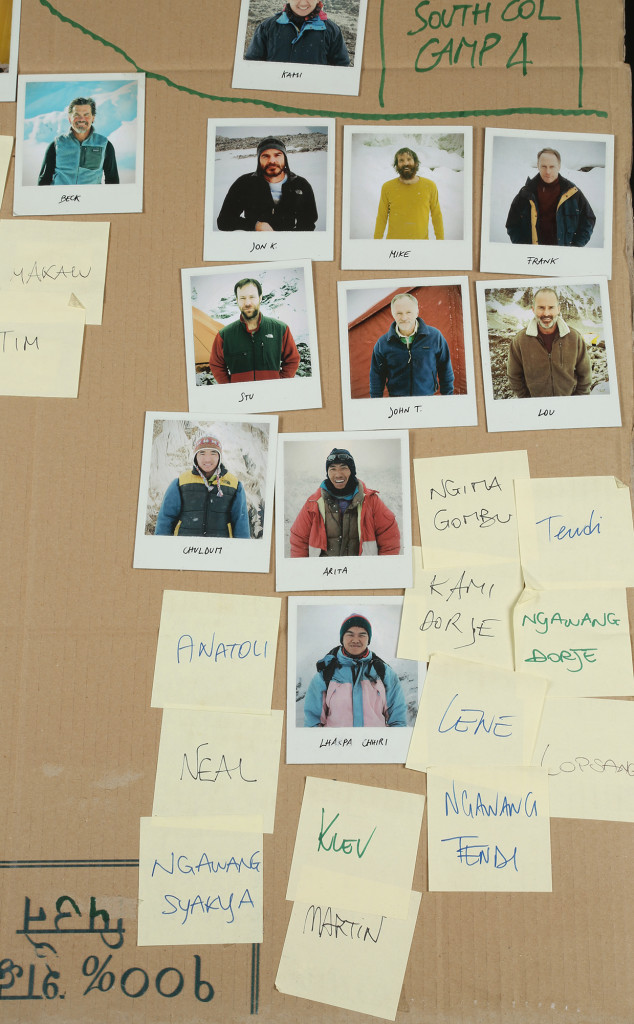 Base Camp ‘Returned’ Board

A Base Camp returned board was used at Base Camp by Helen Wilton (Emily Watson), Caroline MacKenzie (Elizabeth Debicki) and Guy Cotter (Sam Worthington) to record where each climber was at that specific time on Mount Everest. The board is constructed on cardboard with each level of Everest drawn in green marker at the top. Below the drawing are a number of polaroid and post-it notes referring to each character and where they are on the mountain. 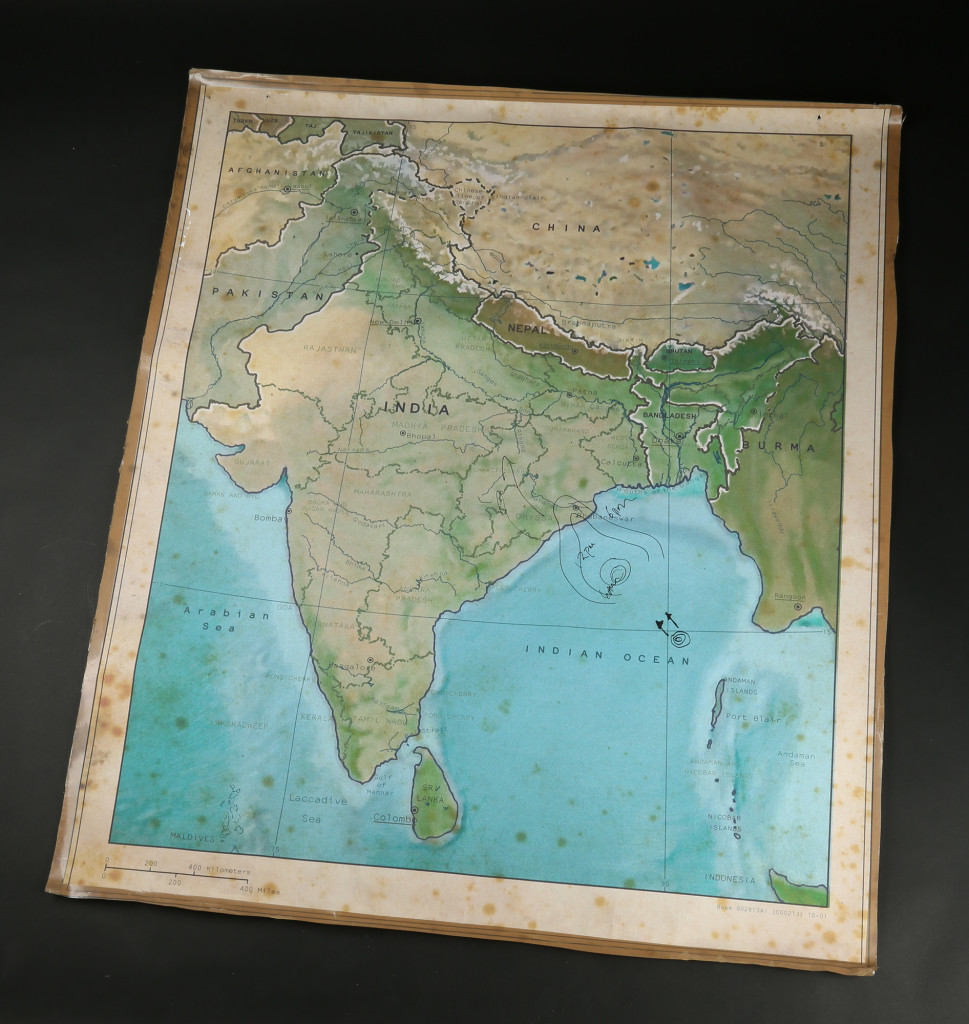 Base Camp second stage maps were used by Caroline MacKenzie (Elizabeth Debicki) at Base Camp when tracking the weather and its intended course, whilst the mountaineers headed towards the summit. This map can be screen-matched to the one seen in the final cut of the film. The map features a scaled-up view of Nepal, India, southern China and their surrounding countries with hand-drawn black marker displaying the weather direction at various times. 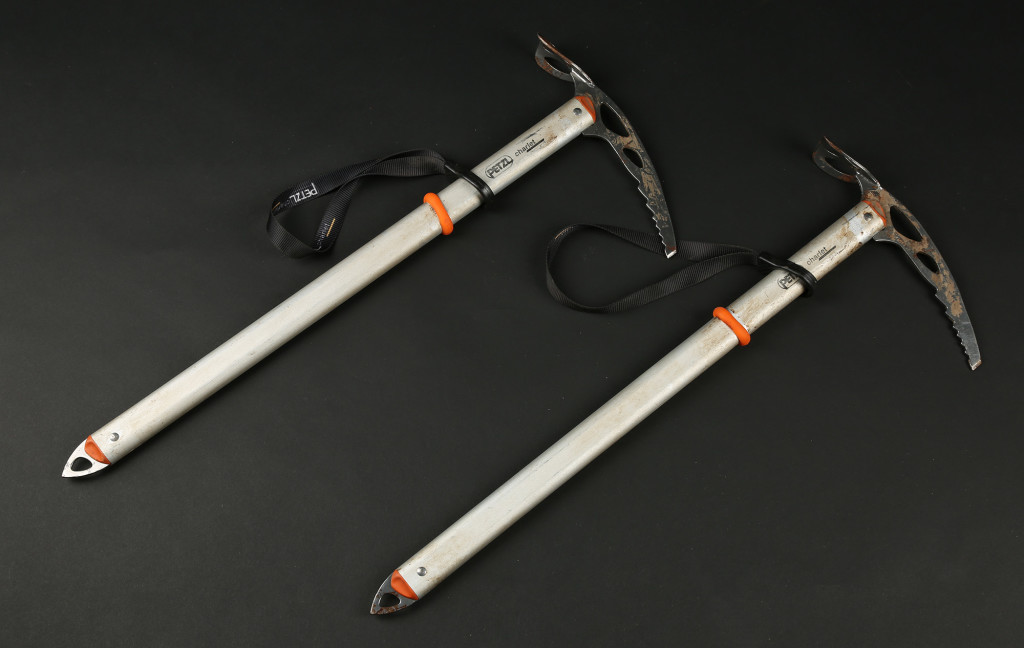 Pick axes were used by the mountaineers throughout the film, most notably when installing the guide ropes near the Hillary Step on the upper levels of Mount Everest. The set consists of two metal Petzl pick axes with a black fabric hand strap secured to each. The axe heads feature a toothed and pointed end for grip on the ice. 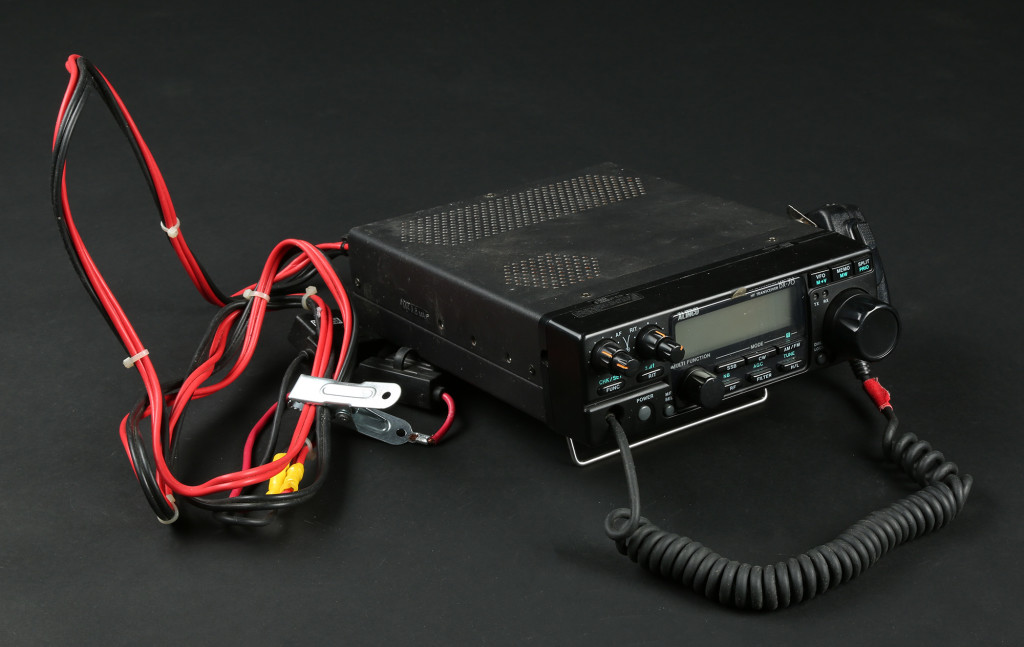 Throughout the film the climbers are updated with information from Base Camp via radio from Guy Cotter (Sam Worthington), Helen Wilton (Emily Watson) and Caroline MacKenzie (Elizabeth Dubiki). The black radio transmitter comes with a hand held microphone, a radio front with dials and switches and red and black cabling attached to the rear of the radio. 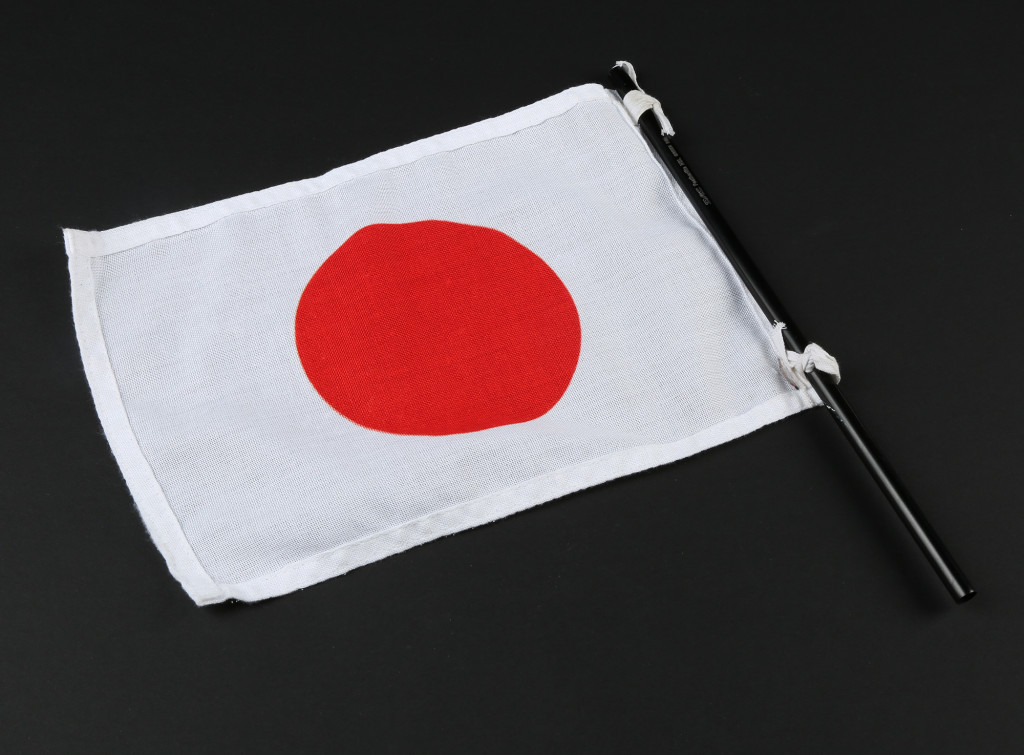 Yasuko Namba (Naoko Mori) placed the flag of her native Japan when she and her fellow climbers summit Mount Everest. 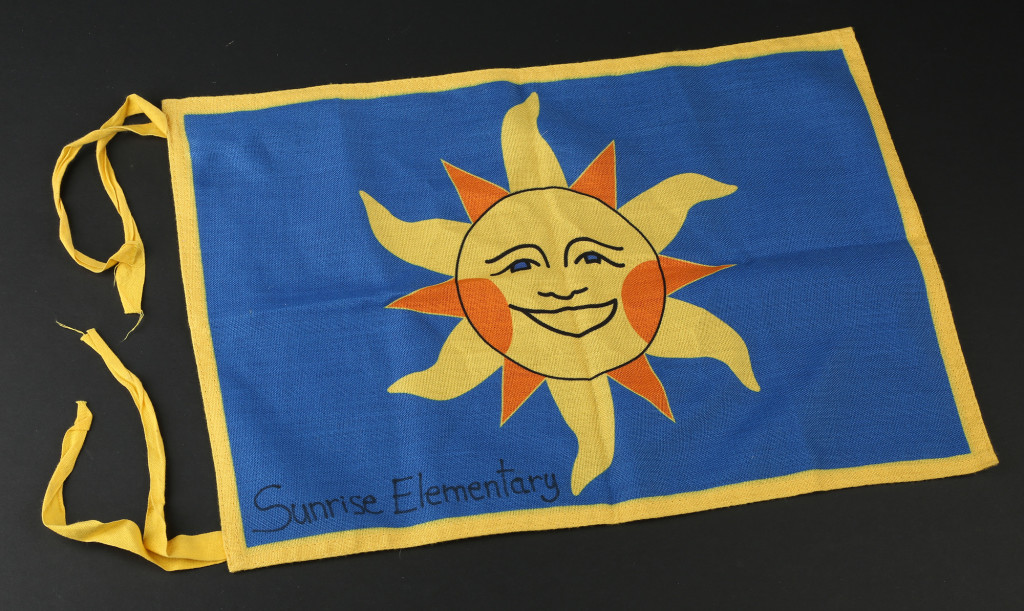 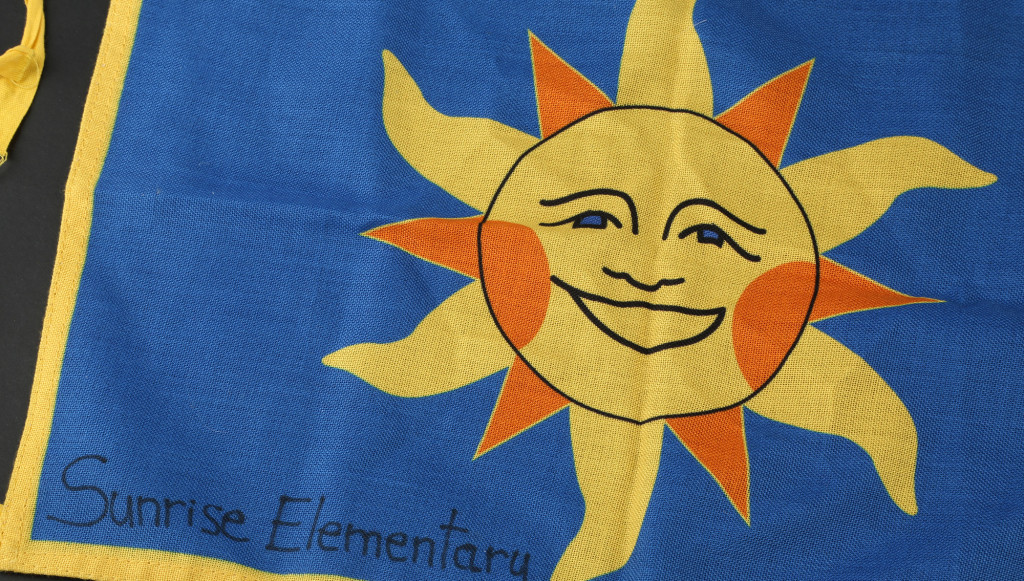 Doug Hansen (John Hawkes) placed the flag of Sunrise Elementary school where he works when he and his fellow climbers summit Mount Everest. The flag is made of linen with the image of a sun in the centre with “Sunrise Elementary” handwritten in black ink in the left-hand corner and four yellow ties to secure it to the set.

There’s just over a week left to bid on these great Everest props in the Prop Store Everest Auction, so make sure you check out the full catalogue of over 230 items now and make sure you get your bids in now on all your favourite items! And don’t forget to check back at the Prop Store Blog next week to get more in-depth sneak peeks of our favourite costume lots in the Everest Auction!