In this week’s blog, we are going to focus on one of our favourite types of movie memorabilia – armour. Whether your preference is for ancient, contemporary or futuristic styles, we have a huge selection of items available to whet your appetite!

At Prop Store we’re know for our TV and movie memorabilia auctions, but we also have a huge stock of film and TV memorabilia available all year round on the site, ready and waiting to be snapped up. One of our most popular types of memorabilia is armour, in all shapes and forms. 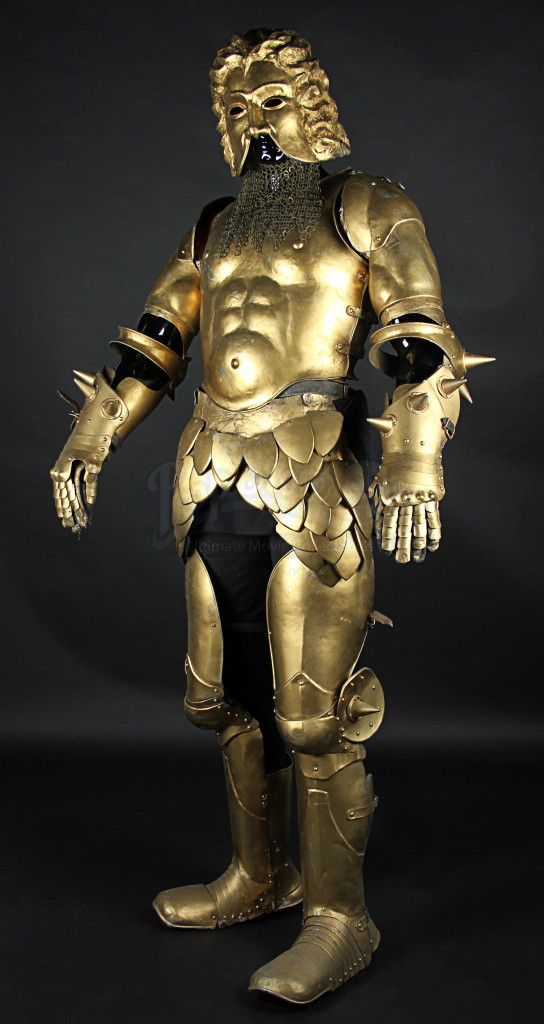 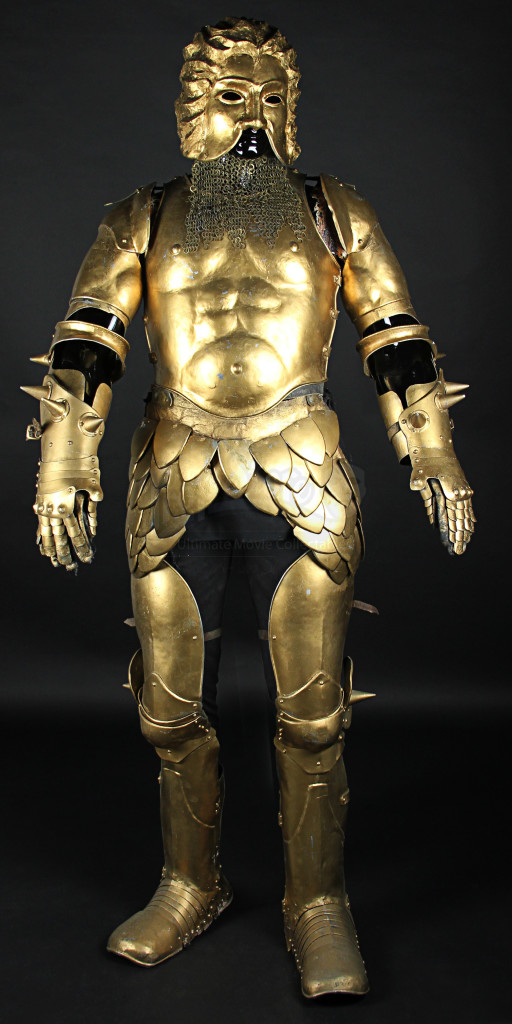 Up first in our favourite armour picks is Mordred’s (Robert Addie) Suit of ‘Golden’ Armour. This beautifully crafted lot was handmade by legendary armourer Terry English – also know for his exceptional work showcased in films such as Man In The Iron Mask, Kingdom Of Heaven and Gladiator. The suit was created for John Boorman’s dramatic fantasy film Excalibur (1981), for Mordred (Robert Addie), the resentful son of Arthur, and has a number of unique marks on the chest and arms that are screen matched in the film.

This suit of armour is an exceptional example of movie memorabilia at it’s best and is sure to brighten up any collectors collection! 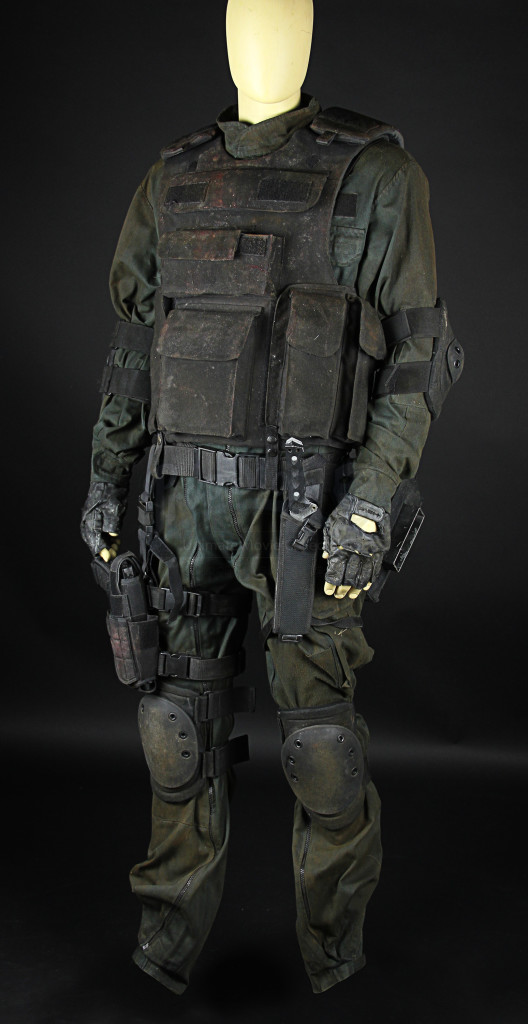 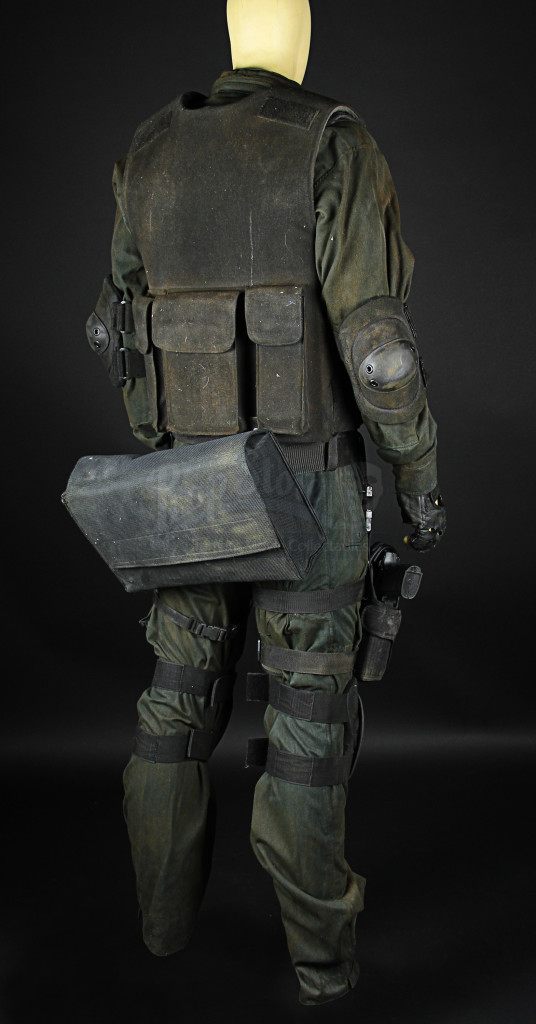 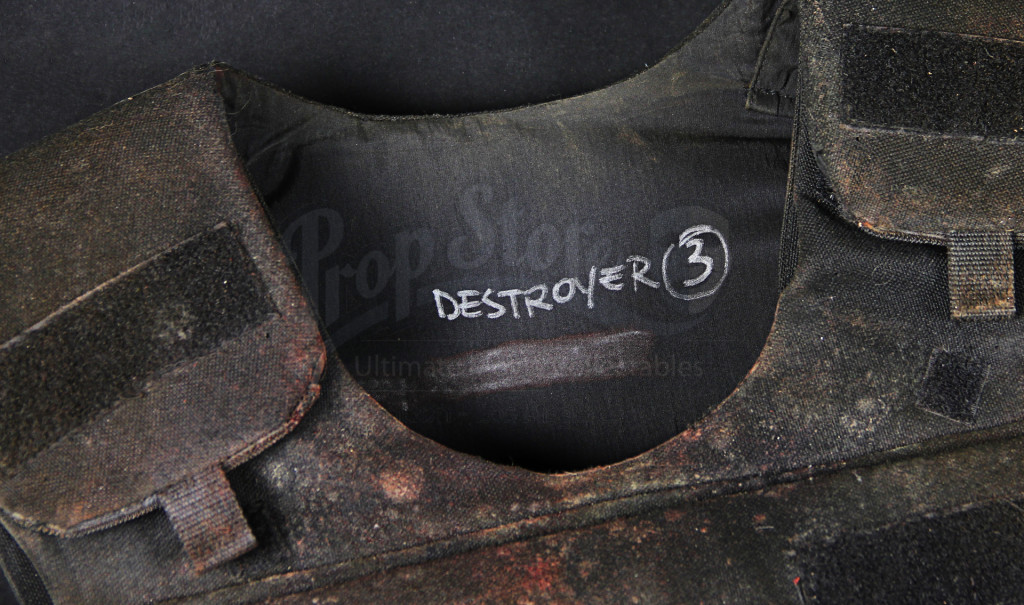 This next pick shows that armour isn’t limited to the typical historic metal suit of armour. Destroyer’s (Deobia Oparei) RRTS Costume is from the 2005 shooter Doom, loosely based on the video game series of the same name. This style of military armour was worn by the squad’s heavy weapons gunner Destroyer (Deobia Oparei) during the RRTS Marines’ operation at the Olduvai research station, with this costume used for the scenes in which Destroyer battles the hulking monster known as the Baron. The lot also includes a holster on the belt and a stunt H&K Mark 23 sidearm, completing this great costume set and giving any Doom or military fan an amazing opportunity to own this full costume. 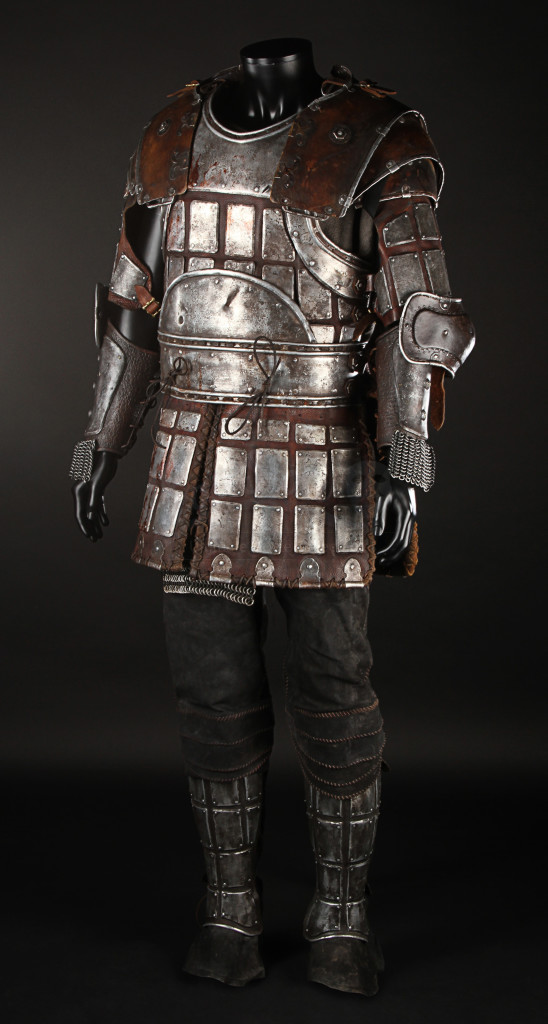 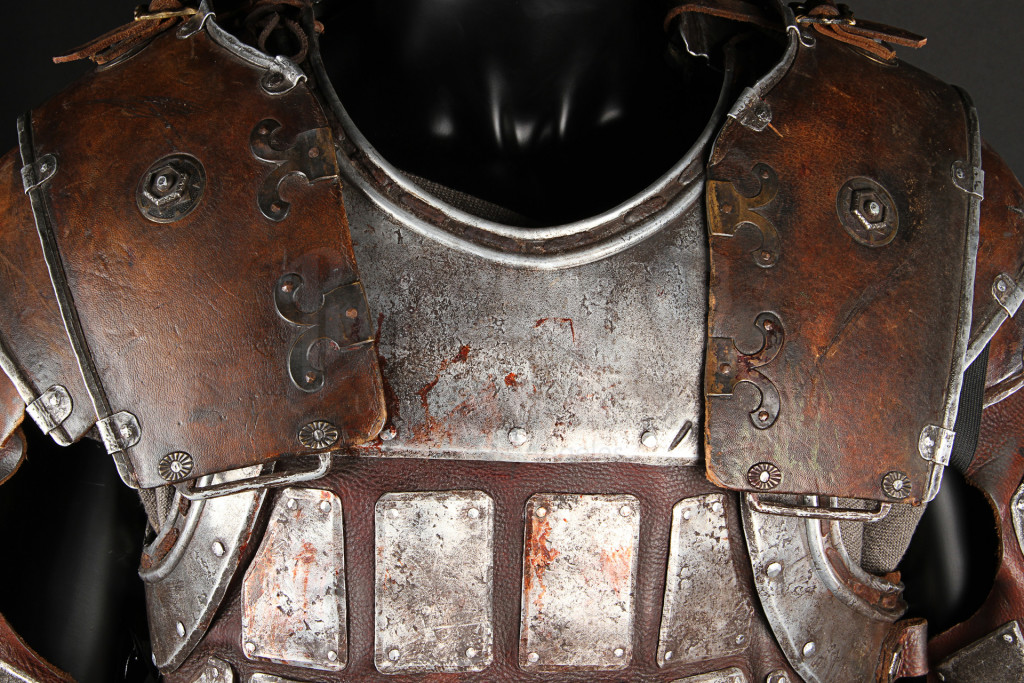 This spectacularly detailed armour set was also made by the legendary Terry English, for the character of Bors (Ray Winstone) in the Antoine Fuqua movie King Arthur (2004). The main body armour is composed of various metal segments fastened together with leather straps, and extends from the shoulders to the elbows to make one easily wearable piece, slightly stained with prop blood from the battle.

This beautiful set of armour is another exceptional example of Terry English’s work, and would make an impressive display for any fams looking to add a piece of really unique movie history to their collection. 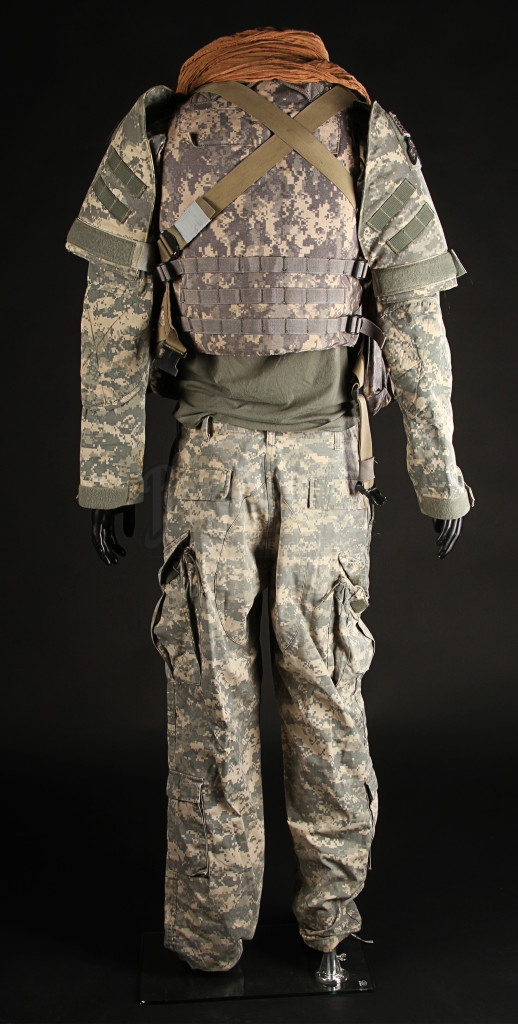 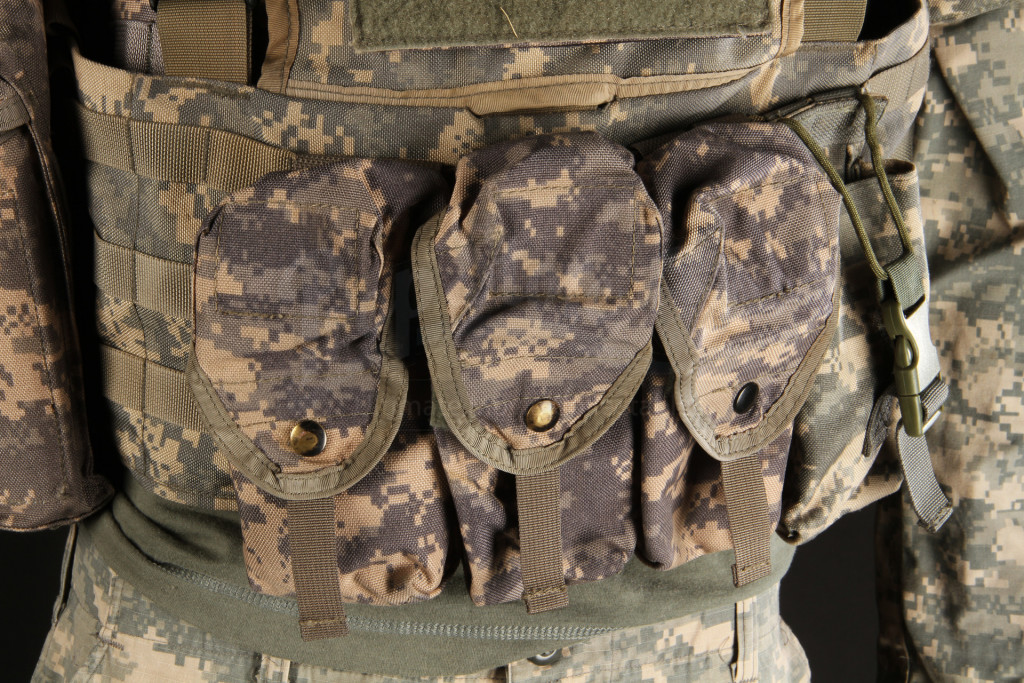 Ellis’ (Michiel Huisman) Costume from the zombie action film World War Z (2013), is another great example of a modern military style of armour. The costume’s camouflage pattern on the equipment from this costume can be screen matched to the scene in which Lane questions Ellis and Captain Speke (James Badge Dale) about the cell in which the infected within the base were incinerated.

If you’re a military collector with a love for all things gorey, then this awesome World War Z costume is the one for you! 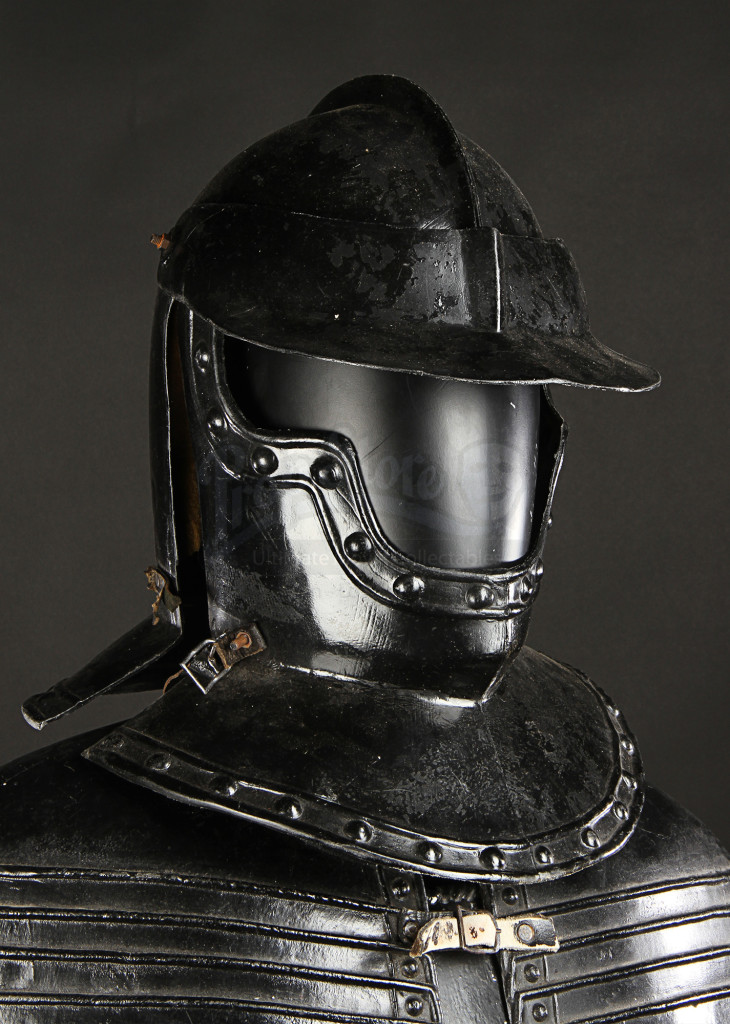 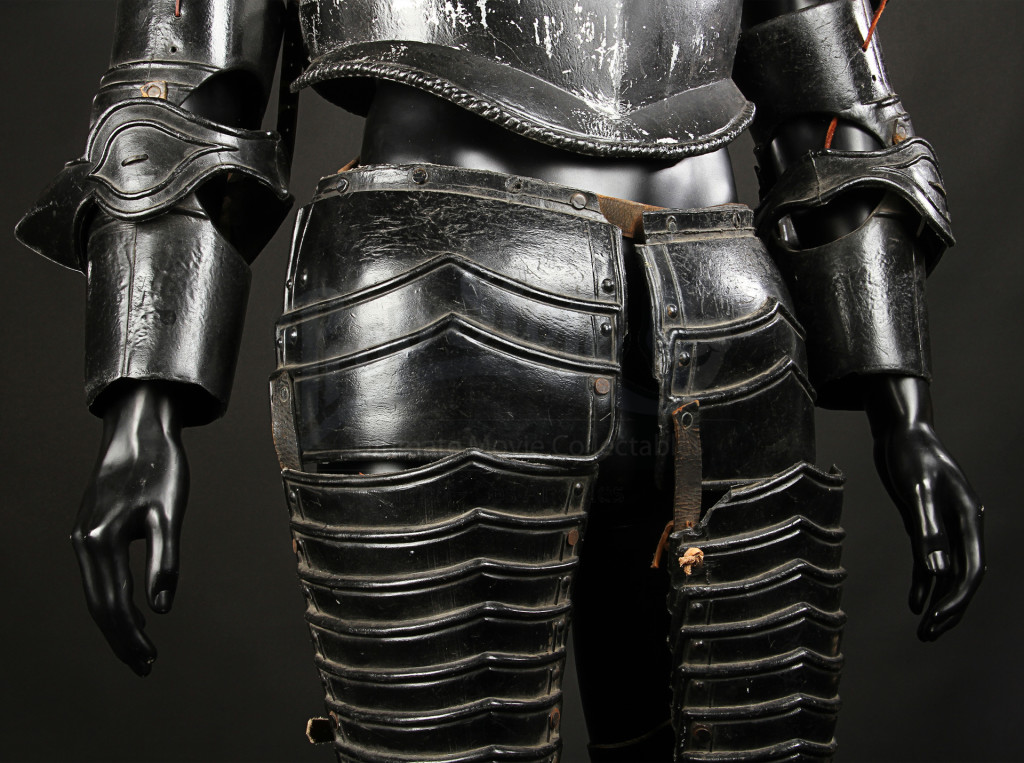 Our final set of ‘traditional’ armour comes from the English Civil War biopic Cromwell (1970), featuring big names like Alec Guinness and Richard Harris. This beautiful black armour and other sets like it were worn by one of Prince Rupert of the Rhine’s (Timothy Dalton) cavaliers.

If you’re looking to redecorate your house, then why not get an awesome suit of armour to jazz up your movie memorabilia collection? (And an added benefit is that it also makes a great burglar deterrent!) 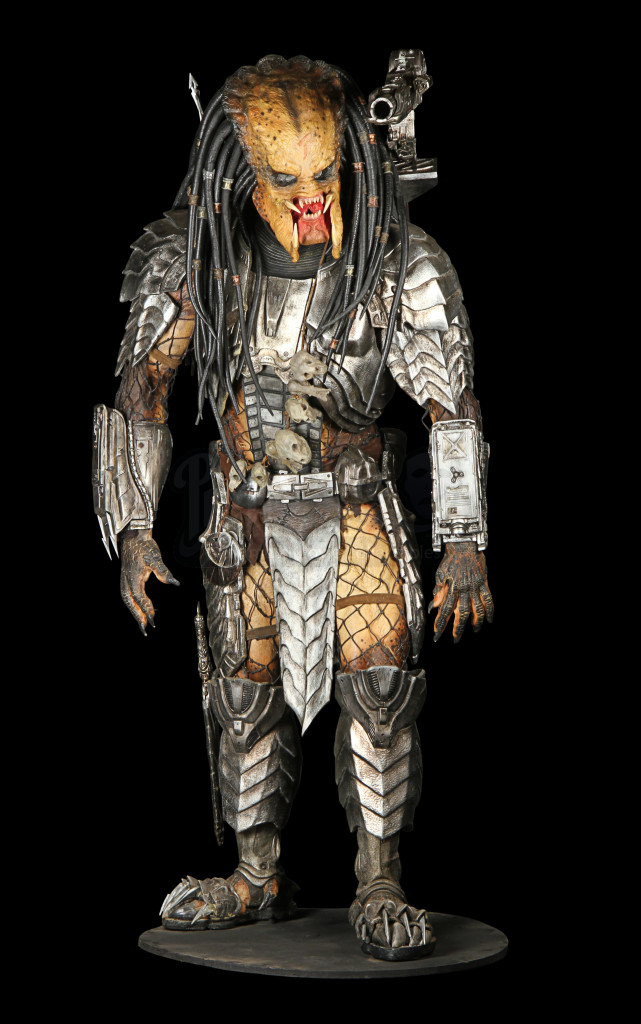 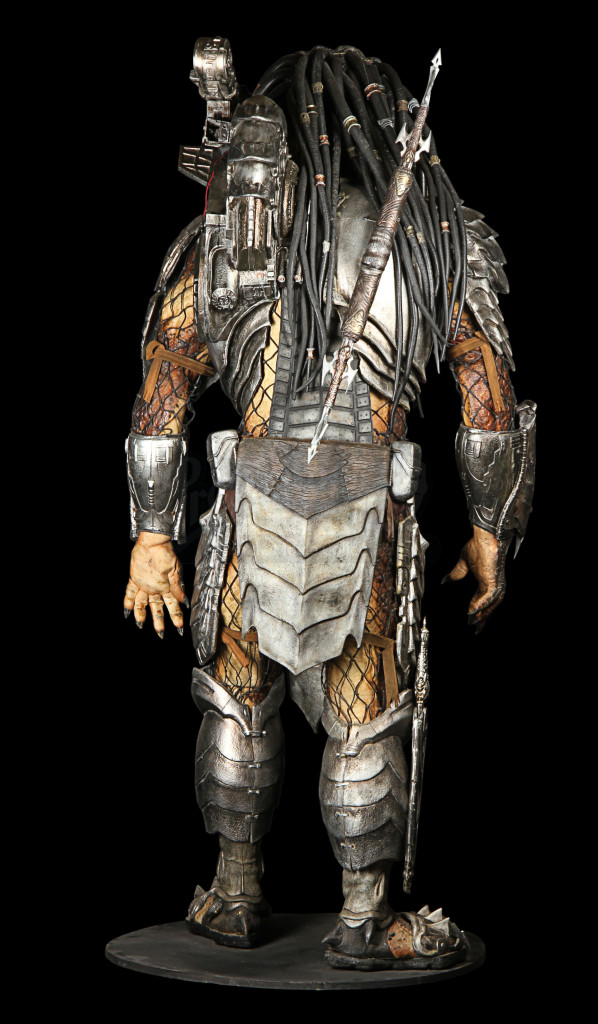 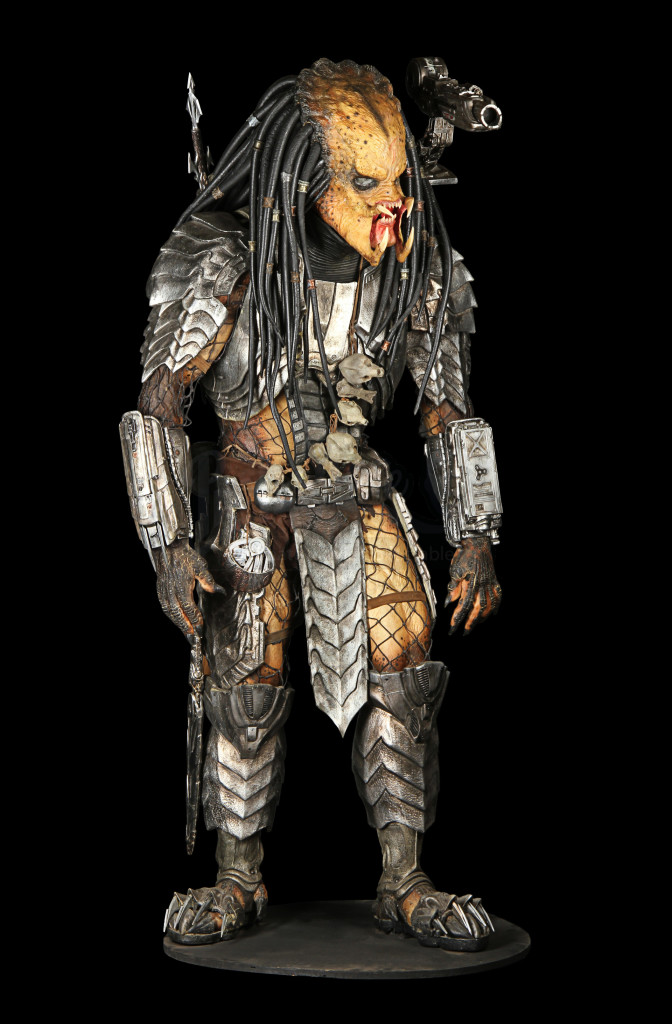 The Scar Predator’s costume from Paul W. S. Anderson’s epic AVP: Alien Vs. Predator is the ultimate mix of modern and traditional armour. ADI (Amalgamated Dynamics Incorporated) created this imposing and elaborate costume that has hand-painted reptilian makings and includes many embellishments and accessories (including steel-finish armour, a faux-leather loincloth, a dagger, spear, shuriken and plasma cater weapon). The scowling face has holes for the performer’s eyes and Scar’s clan symbol seared into its forehead. This very special creature costume is presented on a custom-made mannequin display, and is accompanied by a letter of authenticity from ADI’s founders.

So, if a traditional suit of armour isn’t your ‘thing’, then why not splash out on this amazing AVP Creature Costume set and really make your friends green with envy!

There are so many other great examples of modern, traditional and even a mix of the two in our collection of over 7500 items on the Prop Store site, so make sure you check it out now and get yourself your very own piece of movie history!