In this week’s Prop Store Live Auction preview, we’ll be focusing on famous Comic Book props that will be coming up in tomorrow’s Film & Television Memorabilia Live Auction…

With only one week to go, welcome to one of our final Prop Store Live Auction, focusing on memorabilia related to some of our favourite Comic Book Characters which could be yours on 27th September.  So if you like Hellboy, Iron Man or the Fantastic Four (and who doesn’t?) there will be something to whet your appetite below..! 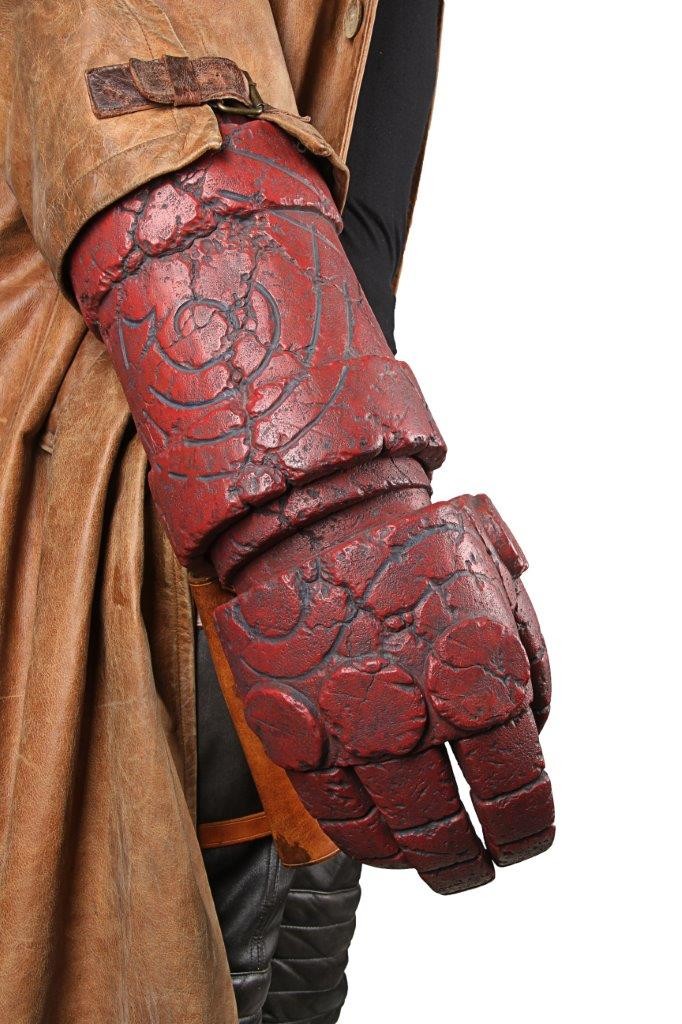 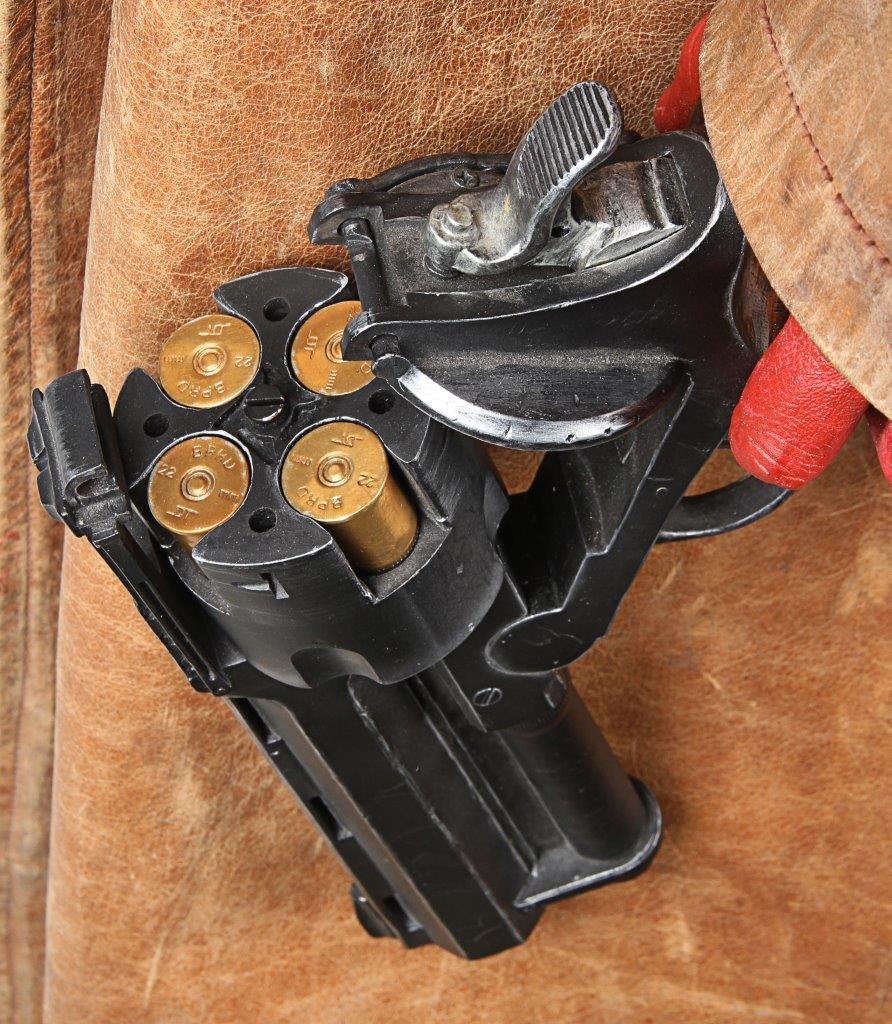 We will be offering for sale Hellboy’s (Ron Perlman) costume from Guillermo del Toro’s much-loved 2004 sci-fi fantasy film. Hellboy wore the costume throughout the film, and it is suitably battle-scarred and distressed with ‘glass’ (resin) shards.

The costume on offer is a complete package, including custom-made leather trousers with a red latex tail, a black t-shirt and a full length duster jacket with a leather B.P.R.D. patch on the shoulder, leather boots. It also includes a replica Samaritan pistol, Fist of Doom, belt and holster. The costume is presented on a custom-made mannequin display stand, and it makes a very imposing display! 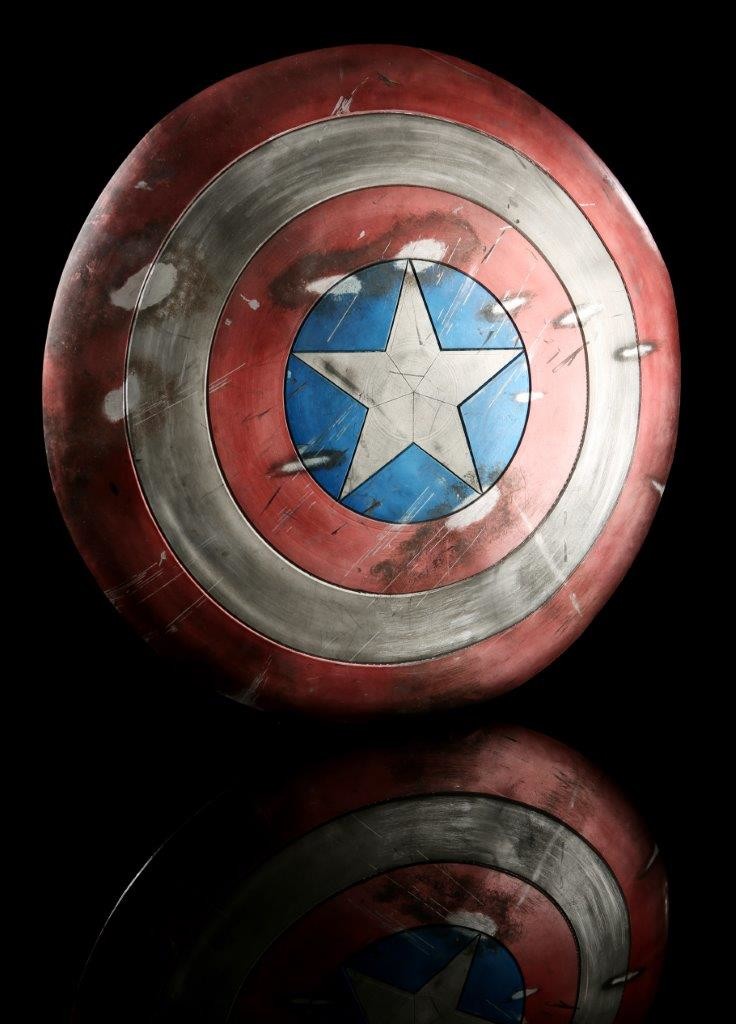 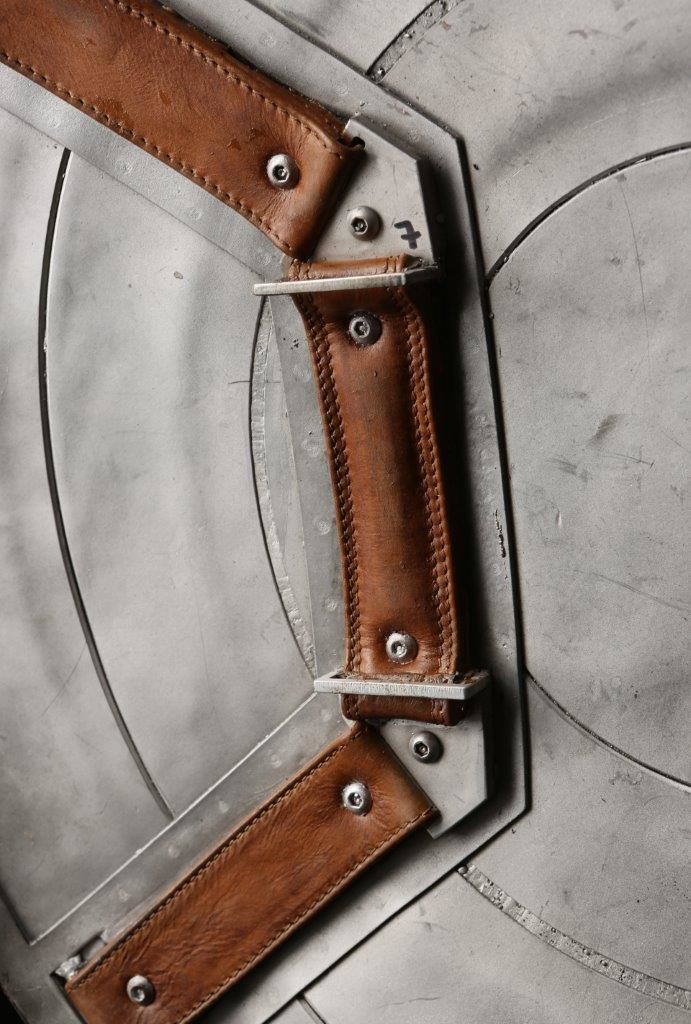 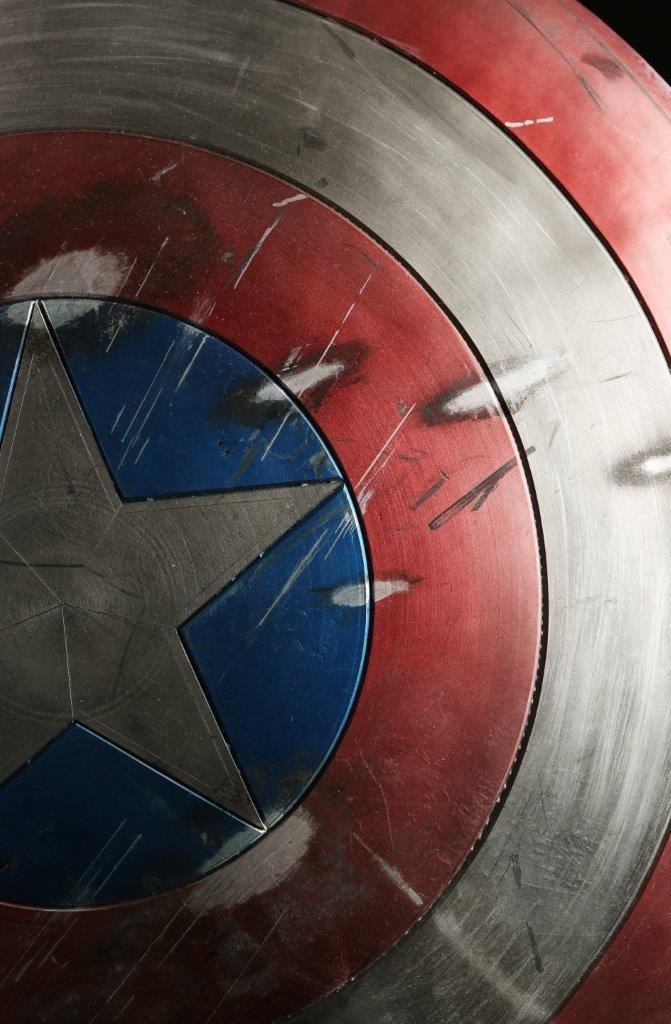 Captain America’s (Chris Evans) distressed shield from Joe Johnston’s superhero adventure Captain America: The First Avenger. This shield was made for stunt sequences and shows production distressing consistent with the film’s climax. Made of a semi-flexible casting compound, the shield is painted red, faux-silver and blue, with Captain America’s signature star in the centre. The piece has been expertly distressed by the production, with scuffs and blemishes from use in combat and is a definite must-have for any Marvel fan! 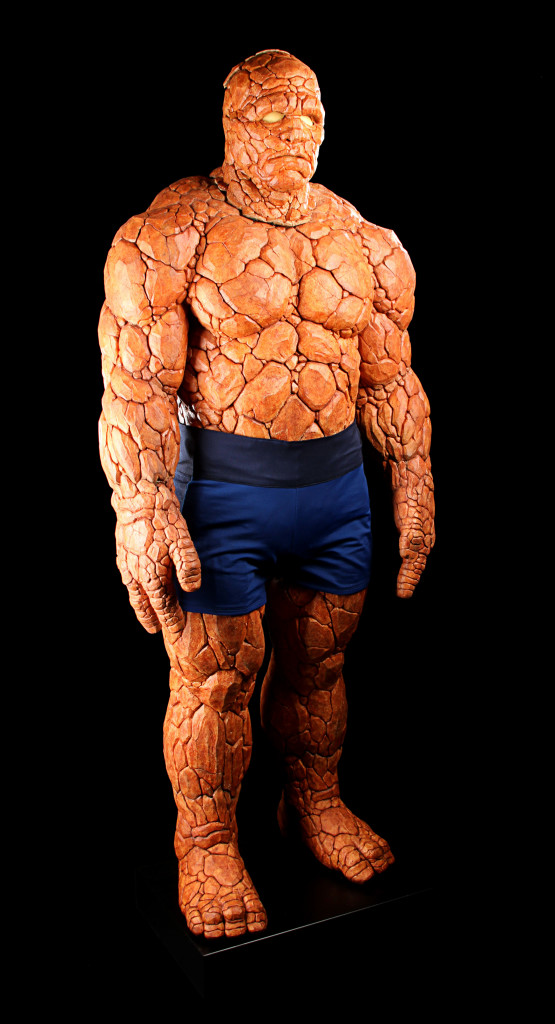 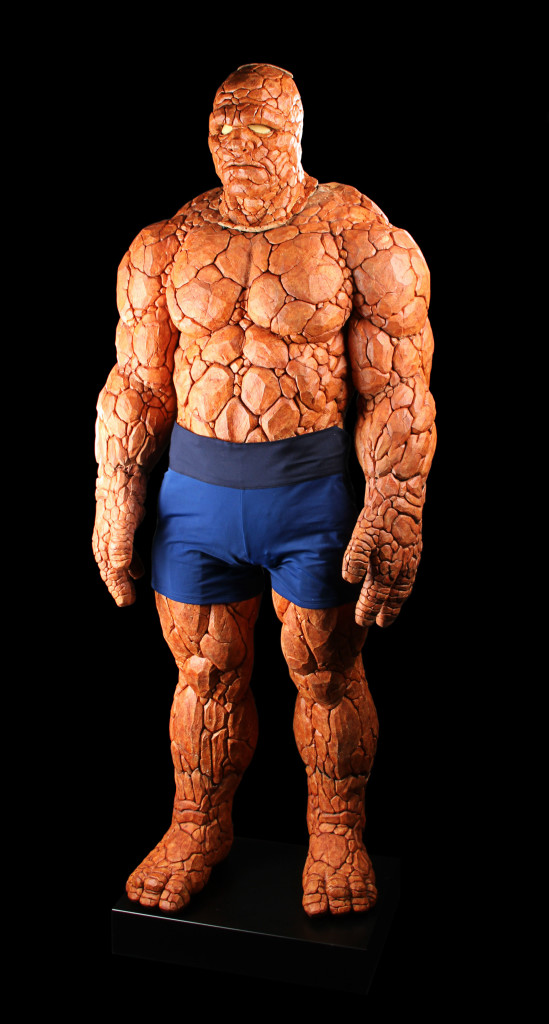 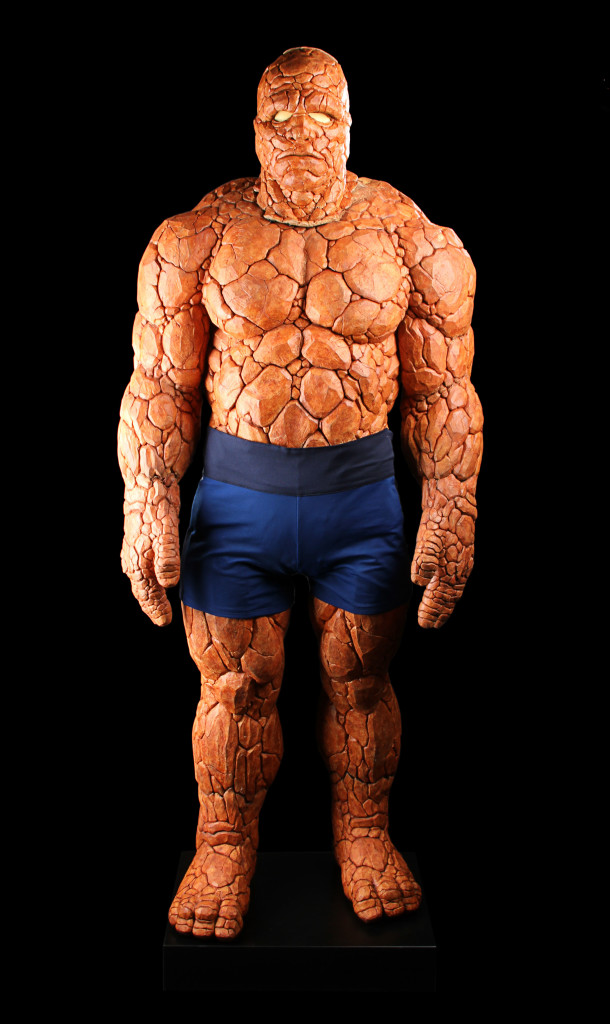 Ben Grimm (played by Michael Chiklis) who was transformed into the rock-like ‘Thing’ in the original Fantastic Four film, and appeared once again, in the sequel – Fantastic Four: Rise Of The Silver Surfer movie.  His costume has an individual foam latex ‘rock’ head piece (with holes for the eyes, nose and mouth), a torso with arms attached, legs, hands and feet. The costume is labelled ‘Stunt Double 2’.  In addition, an extra hand is included (also labelled ‘Stunt’)

This costume is a big, dramatic looking ensemble, presented on a custom-built display mannequin and base.

Dr Victor Von Doom, as played by Julian McMahon, wore his costume throughout the Fantastic Four: Rise Of The Silver Surfer movie. It comprises a two-part full head mask and body armour (made of fibreglass with a black metallic finish), a cowl, trousers, an undersuit, boots, gloves and braces. The various pieces are labelled according to their use, including ‘Julian #2’ (trousers and boots), ‘Hero #1’ (undersuit), and various others.

Dr Doom’s costume will be sold with its own custom-made mannequin. 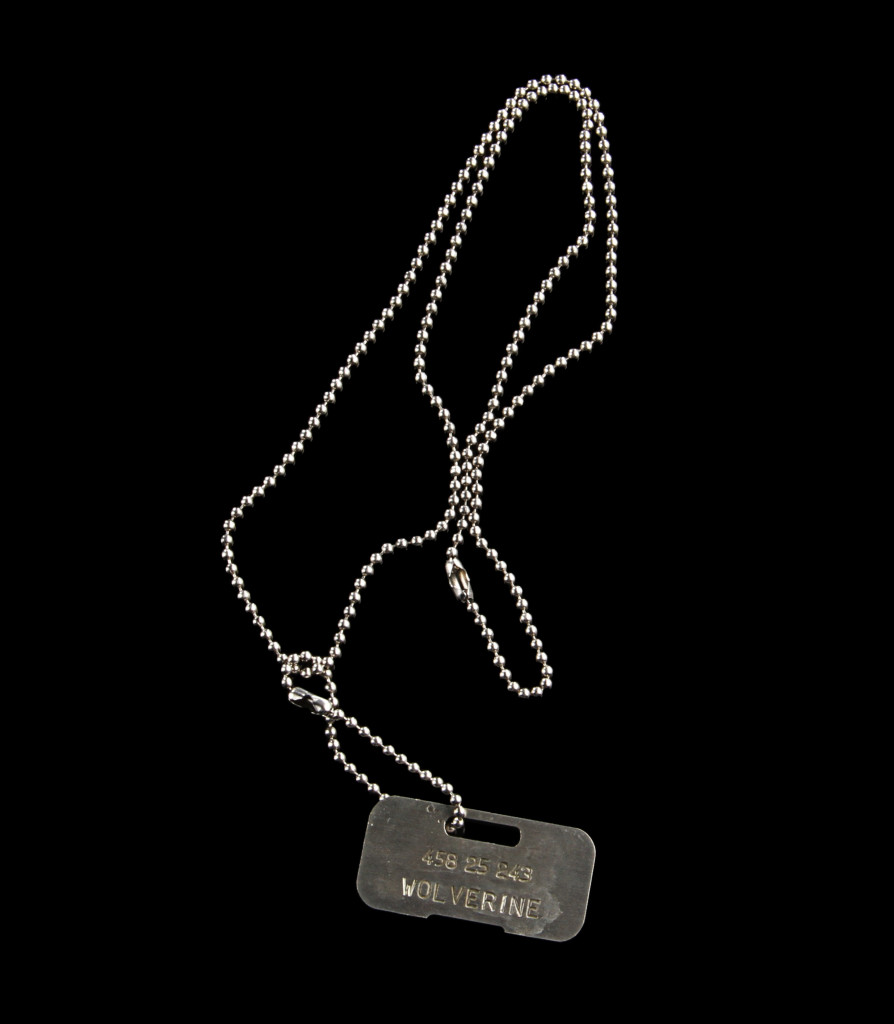 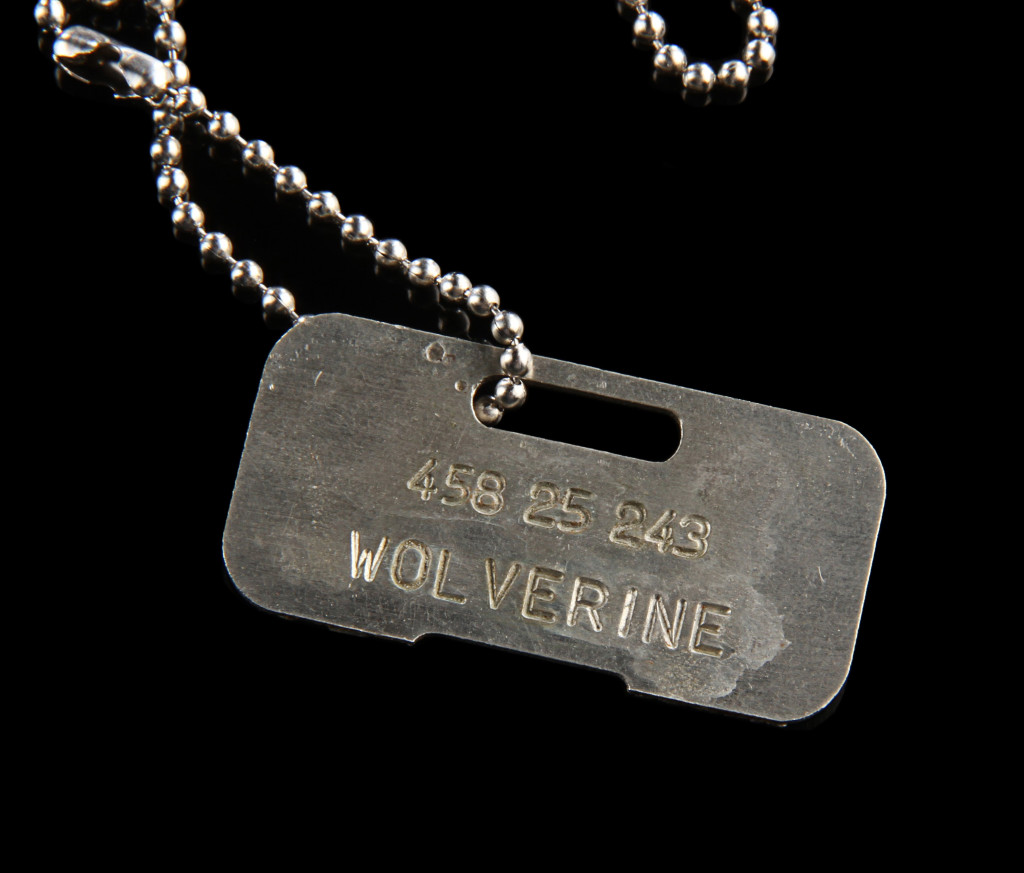 Wolverine is the unforgettable character created on screen by Hugh Jackman, and who has appeared in numerous X-Men and related movies. This Dog-Tag, which Wolverine wears throughout the film until he gives it to Anna Paquin for safekeeping, is from Bryan Singer’s original X-Men film, made in 2000.

The metal tag is engraved with ‘Wolverine’ and ‘458 25 243’, and it is suspended from two metal ball chains. It is accompanied by a Certificate of Authenticity from 20th Century Fox’s archives. 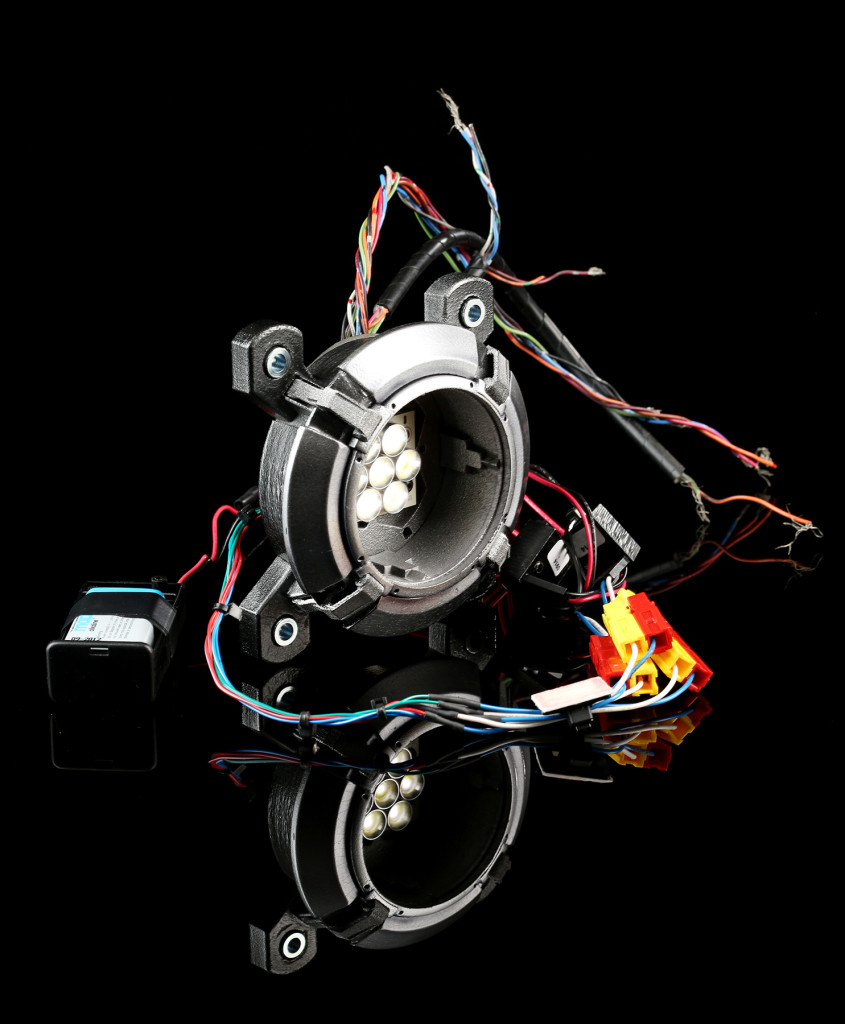 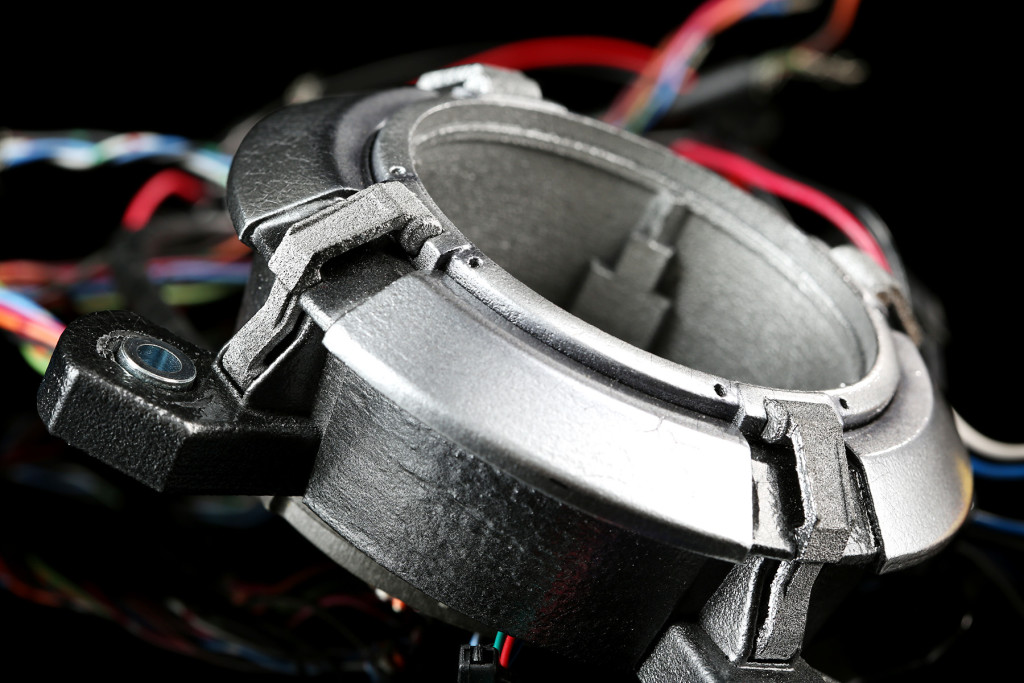 This light-up Hammer Drone RT (‘repulsor transmitter’) Unit is from Jon Favreau’s movie ‘Iron Man 2’. It is made of resin, painted in metallic silver shades, and is wired with seven LED lights.

It is a very interesting and unusual movie prop, and would make a handsome addition to a collection!

All of these amazing Comic Book character props will be available in tomorrows Prop Store Entertainment Memorabilia Live Auction, so Register Now to make sure you are kept up to date will all the latest auction information and more!