The Hosts Have Arrived: Highlights From the Colony Auction

Life is difficult in Host-occupied Los Angeles. When the mysterious, intergalactic force known as The Hosts arrived on Earth, they quickly sequestered the world’s population in to manageable blocs, complete with gigantic border walls and an oppressive regime of human collaborators. Though many citizens have chosen to live through the occupation as peacefully as possible, human resistance forces are what keep the Hosts actively on the offensive when it comes to protecting their new territory. Take a look at some of the Host-highlights from the Colony Auction. 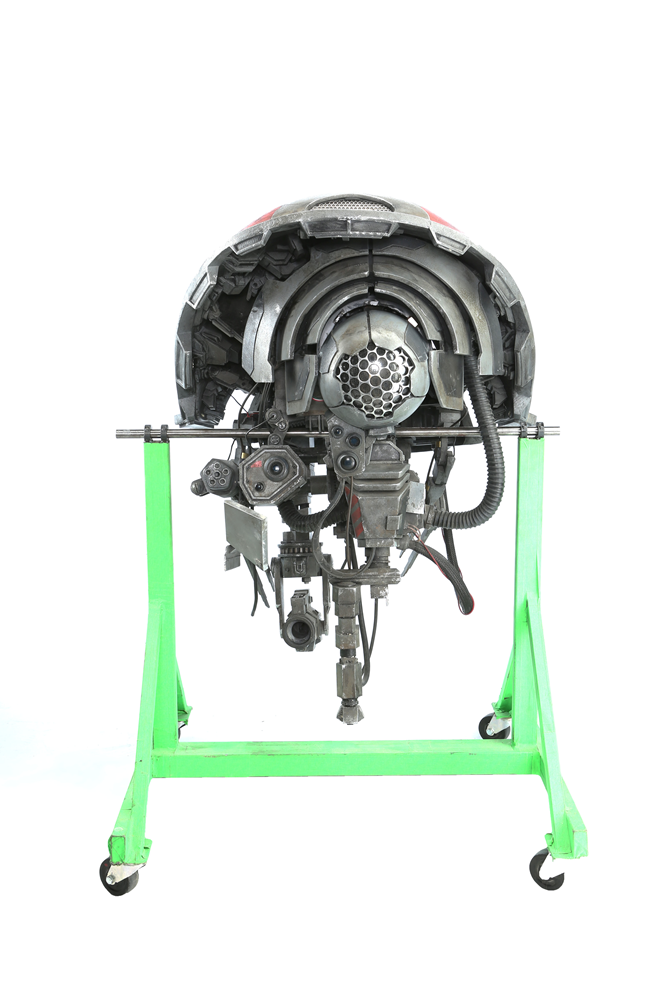 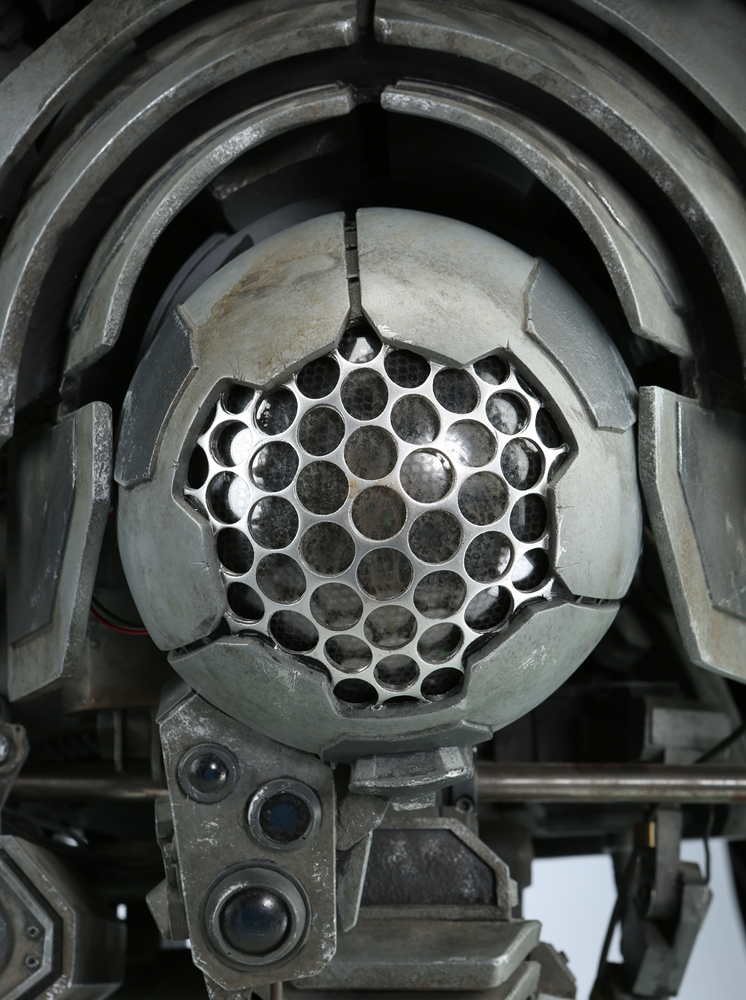 Drones are the Hosts’ strongest defense throughout the series. Always on the lookout, the mysterious aircraft can monitor, track, and even kill when they’ve found a worthy target. Though mostly computer generated throughout the series, this practical version was made for the second season of the series. Offered here on its original green screen rig stand, the drone is intricately constructed and remains in excellent condition. 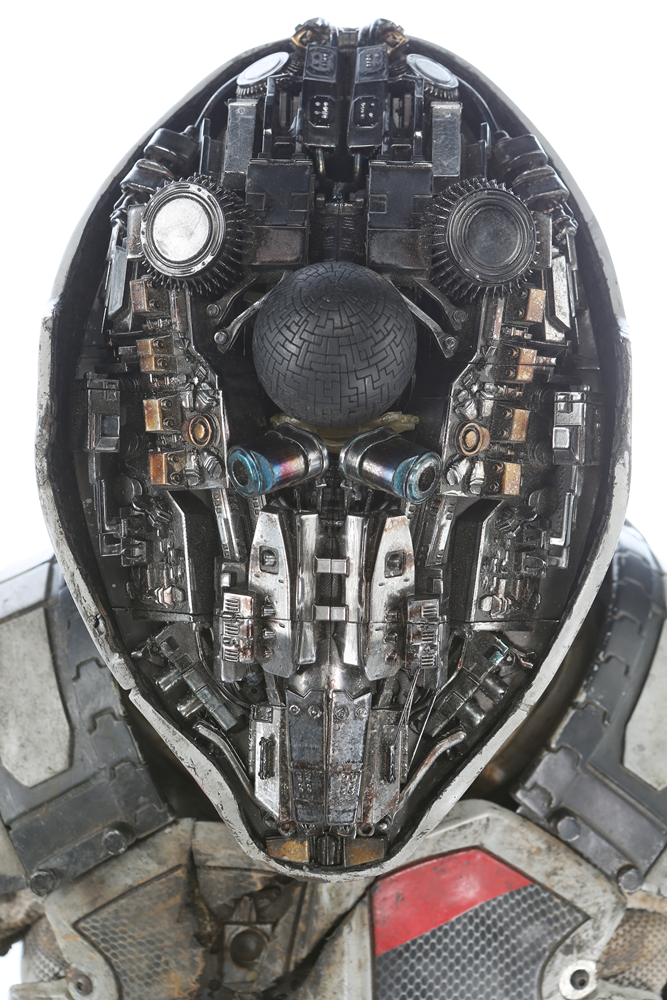 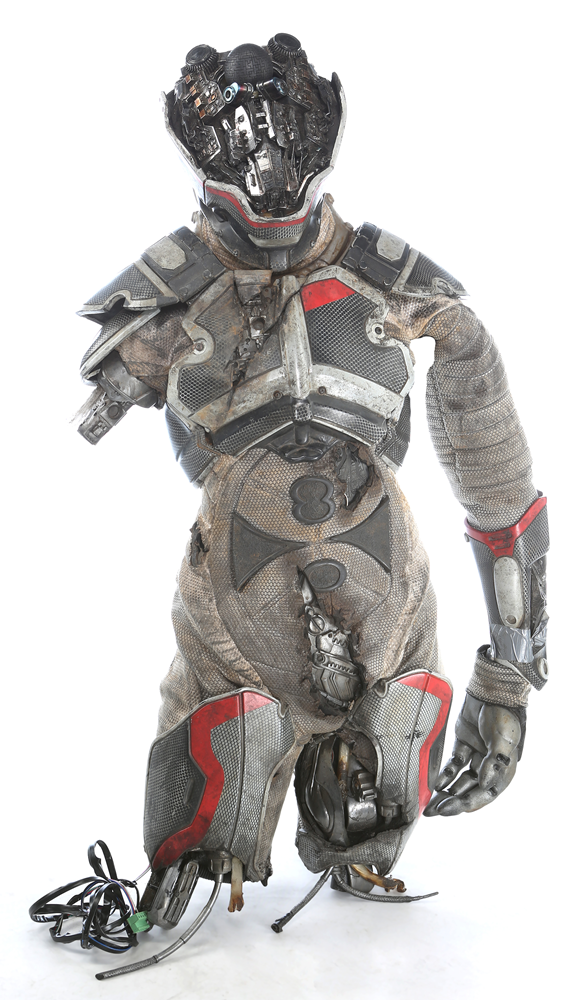 The mystery surrounding the Hosts is a source of ongoing questions throughout the series, with the most repeat question among fans being, “What ARE they?” While this question was never fully answered, we got a hint to their possible origin when a singular entity entered the Los Angeles bloc at the end of the season 1. Appearing in a humanoid protective suit, it was unclear what was inside until a Host was later taken as a Prisoner of War and hacked apart by resistance forces. The intricate machinery on display in this lot comes from legendary effects studio, Legacy Effects, who made this one-of-a-kind piece. The piece is fully distressed to appear abused and features battery-operated lights in the Host’s head 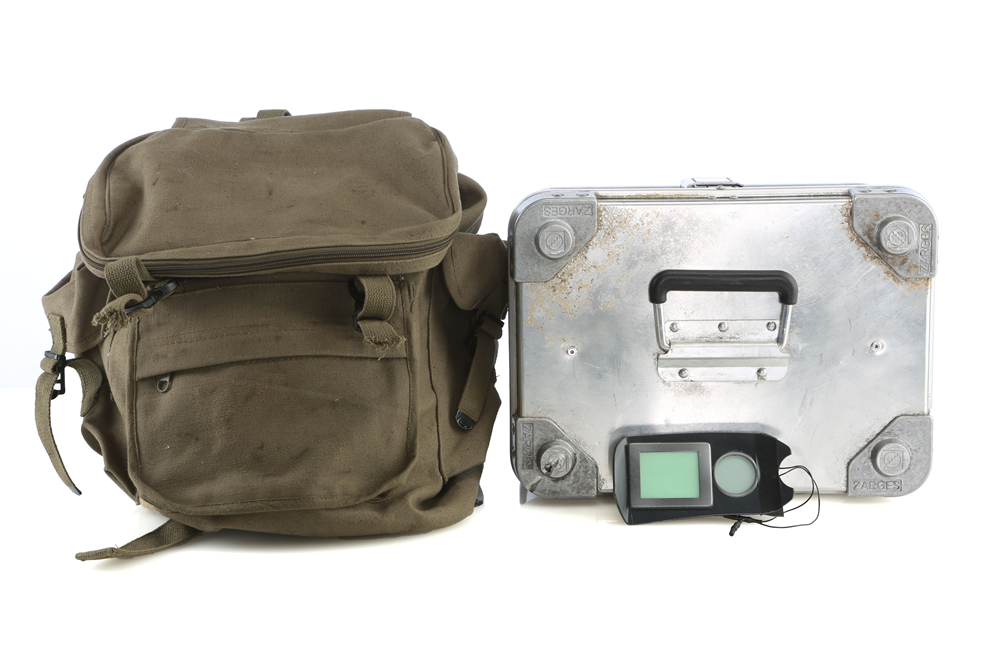 While the drones are airborne and remain relatively safe from human interference, the Host suits are much more vulnerable to resistance attack. When one of the hosts was attacked at the end of season 1, Katie, Broussard and the others were able to salvage a gauntlet from the visitor before having to leaving the rest behind. This stolen piece of tech became a key prop throughout much of the rest of the series, with everyone from Snyder to the Hosts themselves devoted at one time to retrieving it. The piece still operates with functional lights and is offered in its silver carrying case from the series. 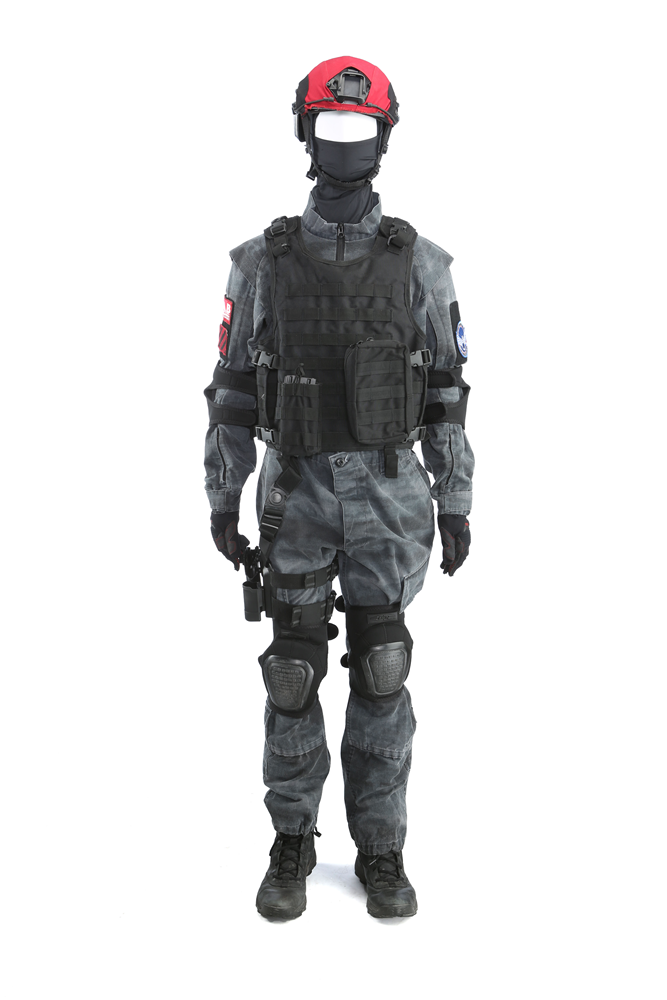 Invaders are only as strong as their collaborators, and the Hosts found more than enough willing participants when they arrived on Earth. Patrolling the streets of the Los Angeles bloc even more than the drones are the occupation’s human forces, known to most as Redhats. These elite soldiers act as the muscle on the streets for the Hosts, suppressing unrest, transporting prisoners, and combatting the resistance whenever necessary. The grey and black tactical uniform is recognizable for the iconic hints of red throughout, most notably on the eponymous helmets they wear.

These lots and many more are open for bidding now in Prop Store’s Colony Auction. Thank you for joining us for our blog coverage and be sure to check out our other articles on the Prop Store Blog!