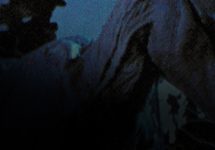 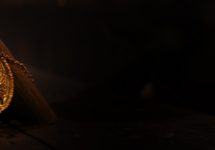 The headpiece of the Staff of Ra is central to what is, without doubt, one of the most powerful and majestic scenes in modern cinema: the Map Room scene in Raiders of the Lost Ark. As John Williams’ magnificent score swells and soars to roof-lifting, operatic heights, a sunbeam catches the headpiece’s central, amber bird’s eye and transforms into an ancient laser-beam, directing Indiana Jones (Harrison Ford) to the resting place of the titular relic. 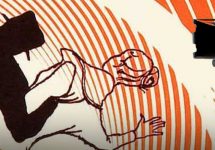 This year, in Prop Store’s first Los Angeles-based Entertainment Memorabilia Live Auction, we have a distinguished piece of movie-making history going up on the auction block, in the form of Alfred Hitchcock’s Vista Vision Motion Picture Camera. This camera, used not only on the production of Hitchcock’s Vertigo, but also by filmmaking legend Cecil B DeMille when filming The Ten Commandments, was a marvel of technology in its day, and helped the Master of Suspense produce an enduring Noir classic. 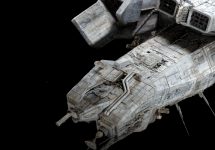 The cover piece for our first ever Los Angeles-based Entertainment Memorabilia Live Auction is the 11-foot long filming miniature of the Nostromo from Ridley Scott’s horror classic, Alien. This artifact has been a part of Prop Store’s company collection for over a decade, but wasn’t always in the camera-ready shape you see it in now. Read up on this model miniature’s incredible history; from creation, to restoration, to auction. 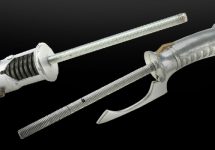 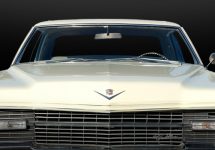 For our first Los Angeles-based Entertainment Memorabilia Live Auction, Prop Store is swinging for the fences with 870 film and television treasures set to go under the hammer on August 26th and 27th.

As anticipation mounts for the auction catalog (coming July 27th!), we thought we would whet some appetites and highlight five standout pieces from the upcoming sale from some undeniably classic titles.